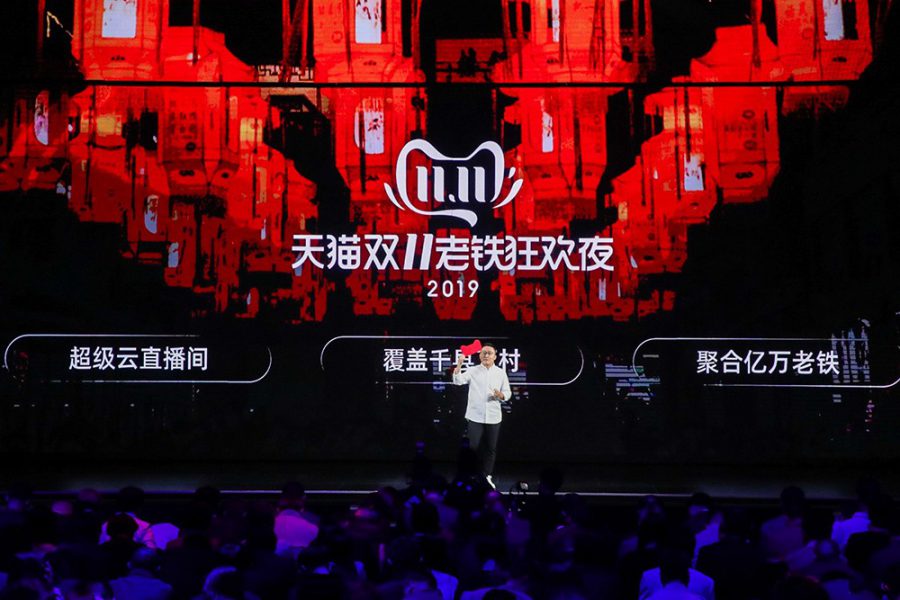 Cainiao Network, Alibaba’s logistics platform, processed 1.3 billion delivery orders, and 1 million new products were also launched for the holiday, per the press release. Per another company announcement, the e-commerce juggernaut said it had made $1 billion in the first minute and eight seconds of the 2019 Singles Day.

Last year, Alibaba broke its previous record with $30.8 billion in gross merchandise volume, an uptick from $25.3 billion in 2017.

“Today we showed the world what the future of consumption looks like for brands and consumers,” Fan Jiang, President of Taobao and Tmall, said in a statement regarding this year’s event. “We are meeting the growing demand of Chinese consumers and helping them upgrade their lifestyles, while introducing new users to our digital economy from across China and around the world.”

Of course, Alibaba isn’t the only e-commerce platform looking to drive sales through a marketing holiday. Amazon boasted that users saved more than $1 billion on Prime Day, which took place July 15 to 16. But Alibaba’s Singles Day made more in 24 hours than Amazon’s entire Q3 online store sales, and almost more than its online and physical stores combined for that quarter.

Alibaba’s successful Singles Day comes on top of more efforts to engage with shoppers outside its core consumer base. The e-commerce juggernaut introduced an English-language site in June, has been refining its AR technological capabilities and is courting Western brands through a digital platform aimed at connecting U.S. businesses with vendors, services and international buyers. So far, those efforts seem to be working, as brands like H&M, Tory Burch and Chanel have sought a pathway into the Asian consumer market through Alibaba’s Tmall platform.