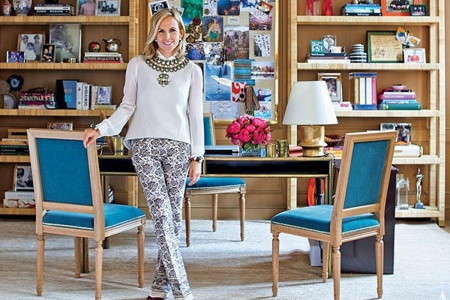 American fashion brand Tory Burch will open its first standalone store in Australia next week in order to better serve its strong customer base Down Under.

Opening on August 1, the boutique at Westfield Bondi Junction will bring the brand’s classic but bohemian aesthetic to Sydney shoppers through an extensive ready-to-wear collection, alongside handbags, shoes, eyewear, watches, and accessories.

A second Tory Burch store has already been slated to open in Melbourne in December, and shoe and handbag concessions will open in five David Jones’ stores in Adelaide, Brisbane, Melbourne, Perth and Sydney on August 3.

“We see tremendous opportunity for our brand in Australia and are thrilled to launch our first store in this important market,” the brand’s chairman, CEO and designer, Tory Burch, said.

Burch noted in a statement that the brand already has a strong Australian customer base, with women shopping the collection while traveling to cities around the world, in addition to the strong following on social media.

The brand launched fragrances with Estée Lauder in the region last year in anticipation of the store opening.

“Women in Sydney have effortless style and I look forward to seeing the way they interpret our collection and make it their own,” Burch said.

The Sydney store has been designed in keeping with the broader store network, with a façade distinguished by a green awning and orange lacquer doors and an interior that creates a residential feel.

Launched in 2004 in New York City, Tory Burch has grown into a global brand with more than 250 boutiques around the world.