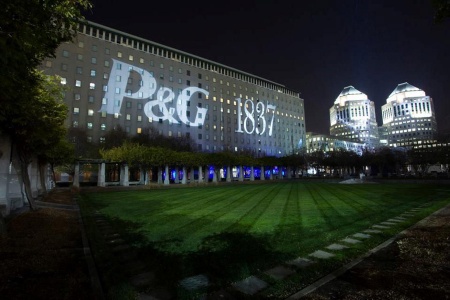 Procter & Gamble  is still the king of diapers and shampoo, but an onslaught of new competition and tighter ordering from traditional retailers is tarnishing the consumer-goods giant’s crown.

In addition to the new rival products — which range from Amazon.com Inc.’s brand of diapers to Kroger Co.’s new line of razors — P&G is contending with higher pulp prices and shipping costs that hurt its profitability in the period. Kimberly-Clark Corp. also cited commodity expenses when it cut its profit forecast last week. The competition has limited consumer-goods’ companies ability to pass these higher costs on to shoppers.

“We are operating in a very dynamic environment affecting the cost of operations and consumer demand in our categories and against highly capable competitors,” Chief Executive Officer David Taylor said in a statement.

Taylor has worked to reignite growth by streamlining the company’s byzantine structure while cutting billions in expenses, but critics charged that his efforts didn’t go far enough. That led billionaire activist Nelson Peltz to wage a protracted battle for a board seat last year, a spot he eventually won after initial disputes over election results. Peltz, who joined the board in March, has pushed for a more radical restructuring of the company and a focus on newer brands that could woo younger shoppers.

Revenue was $16.5 billion, compared with projections for $16.52 billion. Organic sales — which exclude currency or acquisition and divestiture effects — rose 1 percent. Excluding some items, profit amounted to 94 cents a share last quarter, the company said in the statement. Analysts had predicted 90 cents, on average.

Still, the company is gaining customers, increasing market share in seven of 10 categories last quarter, Chief Financial Officer Jon Moeller said on a company media call Tuesday. P&G is seeing less demand from many retail customers, however, as merchants streamline their own ordering to boost profit.

Moeller also said the company is facing “new challenges” to its Gillette brand.

Higher costs for commodities and shipping as well as an impact from currency fluctuations ate into P&G’s profitability. Stifel Nicolaus & Co. analyst Mark Astrachan said the company suffered “a meaningful gross margin decline” in the period.

Like other consumer-products makers, P&G will continue to cope with higher shipping and input costs for resin and pulp, Brittany Weissman, an analyst at Edward Jones & Co., said in an interview.

“They have no choice but to raise prices given some of the headwinds that they’re facing,” she said.

In the past year, P&G has acquired brands like Native deodorant, which markets itself as “deodorant that isn’t a chemistry experiment,” and introduced greener versions of classic products, including a line called Pampers Pure Protection.

For the current fiscal year, P&G said it expects organic sales to rise 2 to 3 percent. The midpoint of its forecast range for adjusted earnings per share is $4.45, it said.

The company also made a big bet on the over-the-counter drug sector, paying $4.2 billion for Merck KGaA’s consumer unit that sells vitamins and decongestants.

Even in its diversification, P&G faces competition, however. Amazon recently introduced its own line of over-the-counter medicines, called Basic Care.

A Look at the Customer Experience at Target's Next-Gen Stores