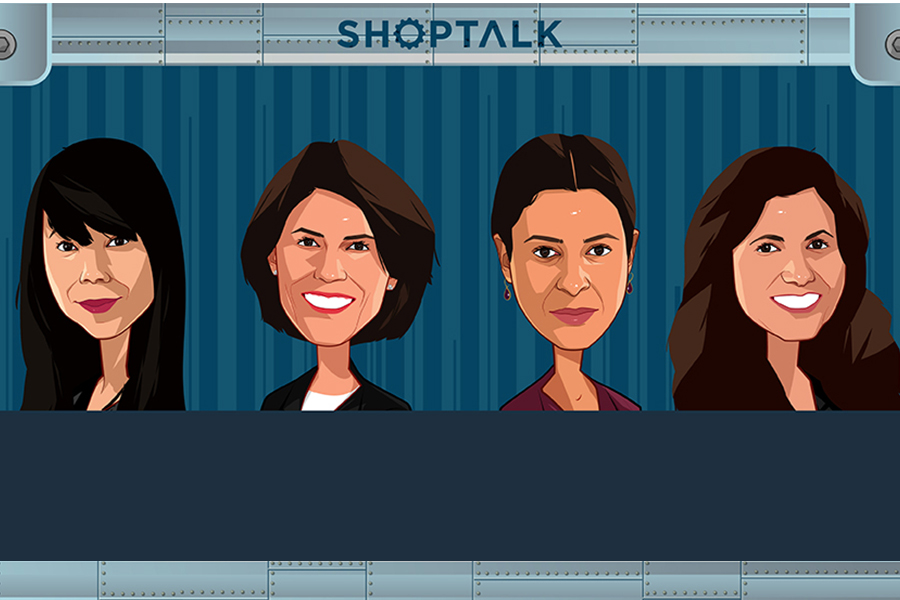 Shoptalk opens up new horizons with an All-Women Speaker Lineup in 2020 Shoptalk, the world’s largest Retail and e-commerce Conference with 8,000+ attendees every year, among which over 800 CEOs from the most prominent companies of the industry, recently made a disruptive announcement.

In fact, on its fifth year edition to be held from March 22nd to 25th 2020 in Mandalay Bay, Las Vegas, 100% of Speakers will be women. Over 200 women will be debating on trends, projects and innovation concerning the future of Retail.

In this regard, we interviewed Ms. Zia Daniell Wigder, Shoptalk Chief Global Content Officer, who explained how they arrived at this decision as well as their plans for future editions.

Our first question to Ms. Wigder was “How did the idea of having female speakers only in 2020 come about?”

“We’ve been a champion of women in Retail ever since we held our first show in 2016,” she stated, “We’ve always made sure that a large percentage of our speakers are women, and that we feature women in prominent roles across the agenda.”

There are many talented women in leadership roles at established and start-up brands, retailers, tech companies, investment firms and more. Women are not, however, sufficiently represented as speakers at industry events. Shoptalk’s goal is to showcase senior-level women who are transforming the retail industry.

Talking about discrimination, we pointed out that diversity is a hotly debated issue, not only as far as gender is concerned but about minorities in general. “Is that something you’ve taken into consideration?”

“Shoptalk is also a huge proponent of greater diversity in Retail—it’s not just the gender ratio that is imbalanced.” Ms. Widger highlighted, adding that they are working to ensure their Speaker lineup includes a number of women of color and making sure that groups like the LGBTQ community are represented on stage.

“Have you already made predictions about audience reactions concerning this choice?”

As far as numbers expected in next year edition, Ms. Widger declared “We haven’t altered our expectations of attendance at the event in any way—we know our audience wants to hear about a broad range of topics from inspirational, insightful, senior-level speakers and that part isn’t changing. Many people, however, have reached out to us saying they were planning to come with one or two people, but now they plan to bring their entire team to support what we’re doing in the industry.”

Finally, we asked whether the results of this edition will be decisive in confirming the decision to have 50/50 men and women from 2021, but she underlined that, regardless, the decision to be committed to 50/50 male/female speakers at Shoptalk starting in 2021 won’t change.

We will be looking forward to March 2020 to hear what these women have to say and to see the reaction from the audience. Shoptalk has always been a catalyst for change and for positive transformation of Retail. Could this be the right chance for female quota to increase in such events?