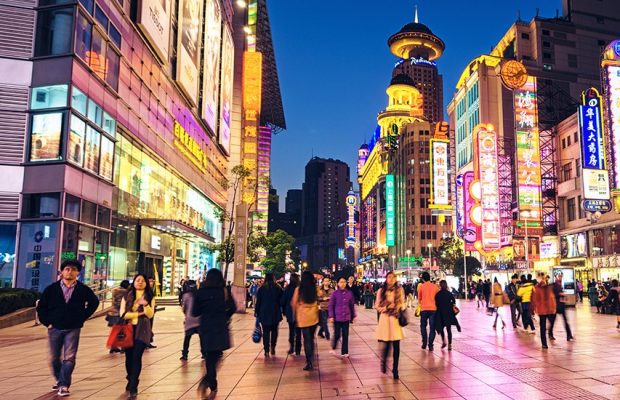 It might not seem long for European retailers, but in the Greater China context 30 years entitles a fashion company to heritage status. For many years I.T was one of only a handful of high-profile multi-brand players in the Greater China market, alongside fellow Hong Kong players Lane Crawford and Joyce. By bringing avant-garde designer brands from Europe and Japan into the market, many of them for the first time, the I.T stores — first in Hong Kong and then from 2002 in Mainland China — offered young consumers a taste of something they wouldn’t otherwise have access to.

“I.T has an extremely strong brand awareness in China, [and] is often the first choice for fashion-forward overseas brands to test the market,” explains Sandy Chu, Shanghai-based retail and buying editor for WGSN. “It has a well-established retail network across a variety [of] cities and is often the China distributor for hot foreign brands.”

Over the years, I.T has diversified its store branding, with different multi-brand stores in its portfolio catering to ever more specific customer profiles and aesthetics. It has also developed 10 of its own private labels and partnered with major international players — such as Dover Street Market and Galeries Lafayette — to expand their brick-and-mortar presence in China.

As well as its network of multi-brand stores, the group has also built a significant network of monobrand stores utilising a franchise model for an impressive and diverse list of brands — including Comme des Garçons, Junya Watanabe, Acne Studios, Off-White c/o Virgil Abloh, MSGM, A.P.C., McQ, Zadig & Voltaire and Ann Demeulemeester — around the Greater China region.

Thanks to such joint ventures and franchises, the scale of the I.T business is bigger than casual shoppers at their namesake multi-brand outlets might think, with HK$8.4 billion ($1.07 billion at current exchange rates) in turnover for the 12 months to June this year.

Full-year financial results released in June show the group’s net profit increasing 37.1 percent to HK$431.9 million ($55 million) on the back of Mainland China retail sales, which increased 10.9 percent, and despite a 5.1 percent decrease in sales in Hong Kong and Macau.

But the retail landscape in Hong Kong, Macau and the Mainland has become increasingly crowded in recent years. Malls in Chinese cities big and small now routinely feature multi-brand boutiques, concept stores and niche brands, meaning names that I.T first brought into the market are now likely to have opened their own stores or wholesale to other multi-brands.

Questions remain as to how I.T can continue to keep pace as the multi-brand model it pioneered in China explodes in terms of both popularity and innovation.