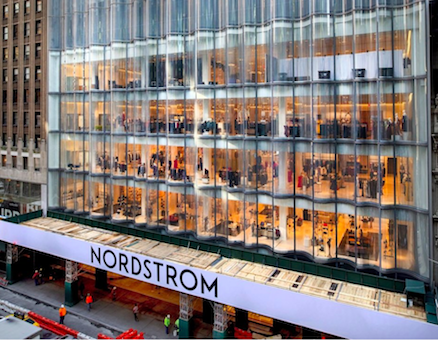 Nordstrom opened a full line store in New York, 18 months after it opened a men’s store close to Columbus Circle and Central Park. The new store, which is adjacent to the men’s emporium, is an altogether more substantial affair and at 320,000 sq ft is the biggest project that the Seattle-based department store operator has ever worked on.

The result is impressive with the façade for the store’s seven floors consisting of an undulating glass wall which leads upwards to the world’s highest residential block, topping out at 1,550 ft, above it. Nordstrom has spent more than $500m on creating this one.

All of which means that this is a store with a huge amount of choice and everything from a beauty haven on the second floor to a full-line Topshop, the only example of the fashion brand in the US after it closed all of its Stateside standalone branches earlier this year. Also worth noting is the pop-up presence of online San Francisco-based fashion merchant Everlane, which has a space on the fifth floor called “Pop In at Nordstrom”. 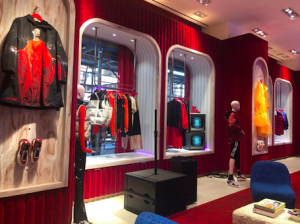 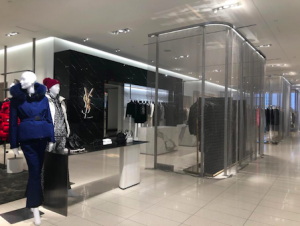 The store is a mix of brands from classics such as Chanel to eco-aware labels that include Allbirds, as well as a raft of up and coming names and, unusually, there is a cocktail bar in the middle of the shoe department (the ‘Shoe Bar’).

The real question, perhaps, in all of this is why Nordstrom is taking what looks like a significant gamble opening a store of this size at a moment when other retailers are scaling back their activities as regards large box (even if it is luxury) retailing? The answer may be that this is about making a mark on the US East Coast and doing so in a manner that says it is unafraid both of local competition and the prevailing economic climate. 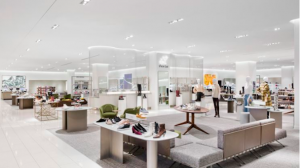 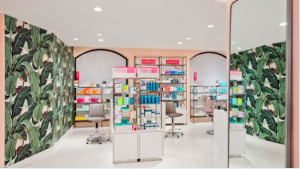 In this store, Nordstrom is moving away from its traditional, somewhat conservative, hinterland and attempting to appeal to a well-heeled, but more youthful demographic. And by offering brands that are just becoming known, as well as some of the usual standards, it is providing more reasons for NY shopper to come and take a look. 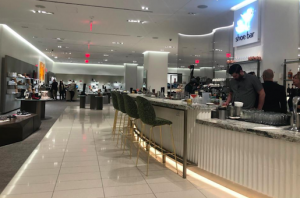 Also worth noting is the fact that Nordstrom has chosen NYC, alongside LA, as the city to test-drive its Nordstrom Local format, up and running as an entity for around 18 months, in which nothing is actually sold with the emphasis instead being upon offering a range of services.

Nordstrom may be taking a risk, but it is covering many of the bases.

Again, just a single story today, but this is the biggest store that will open in Manhattan in 2019.