The bright orange construction hoarding at the southwest corner of the intersection of Burrard Street and West Georgia Street has been dismantled, revealing the latest addition to downtown Vancouver’s luxury retail streetscape. 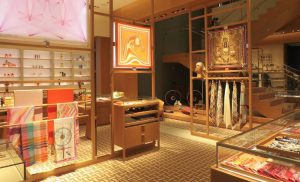 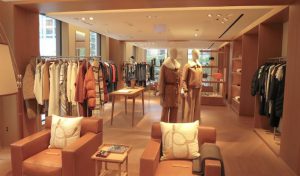 Hermès opened its first Canadian store in 1988 in Toronto, and this was followed by the 1995 opening of the Vancouver store. “Nearly 25 years ago, we opened out first store in Vancouver, and today we’re proud to unveil an enhanced retail experience that finds inspiration in the striking landscape, quality of living, and strength and spirit that defines Vancouver,” said Jennifer Carter, president and CEO of Hermès Canada, in a statement.

The new store, designed by Paris-based architectural firm RDAI, features a contemporary design that is consistent with the retailer’s latest store concepts, with company executives describing this as “Hermès at its best.” 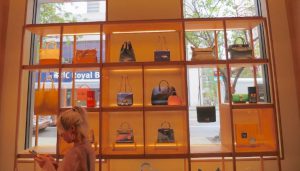 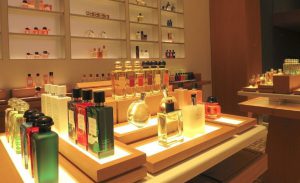 The exterior is finished with moulded concrete white terrazzo, while the interior takes on an “emphasis on natural materials and tonal accords.”

Upstairs on the second level, the space is utilized for the expansive women’s clothing, shoes, and accessories collections, as well as homeware, tableware, and a private fitting salon. 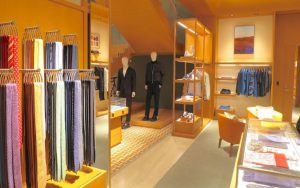 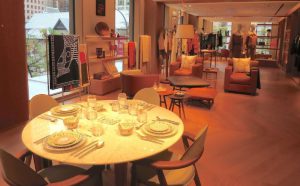 With limited suitable space on the Alberni Street luxury retail strip, which is the portion of the street between Burrard Street and Thurlow Street, luxury retailers seeking a Vancouver presence or an expanded space are increasingly establishing locations in the luxury retail district’s periphery.

How shipping expectations are changing retail