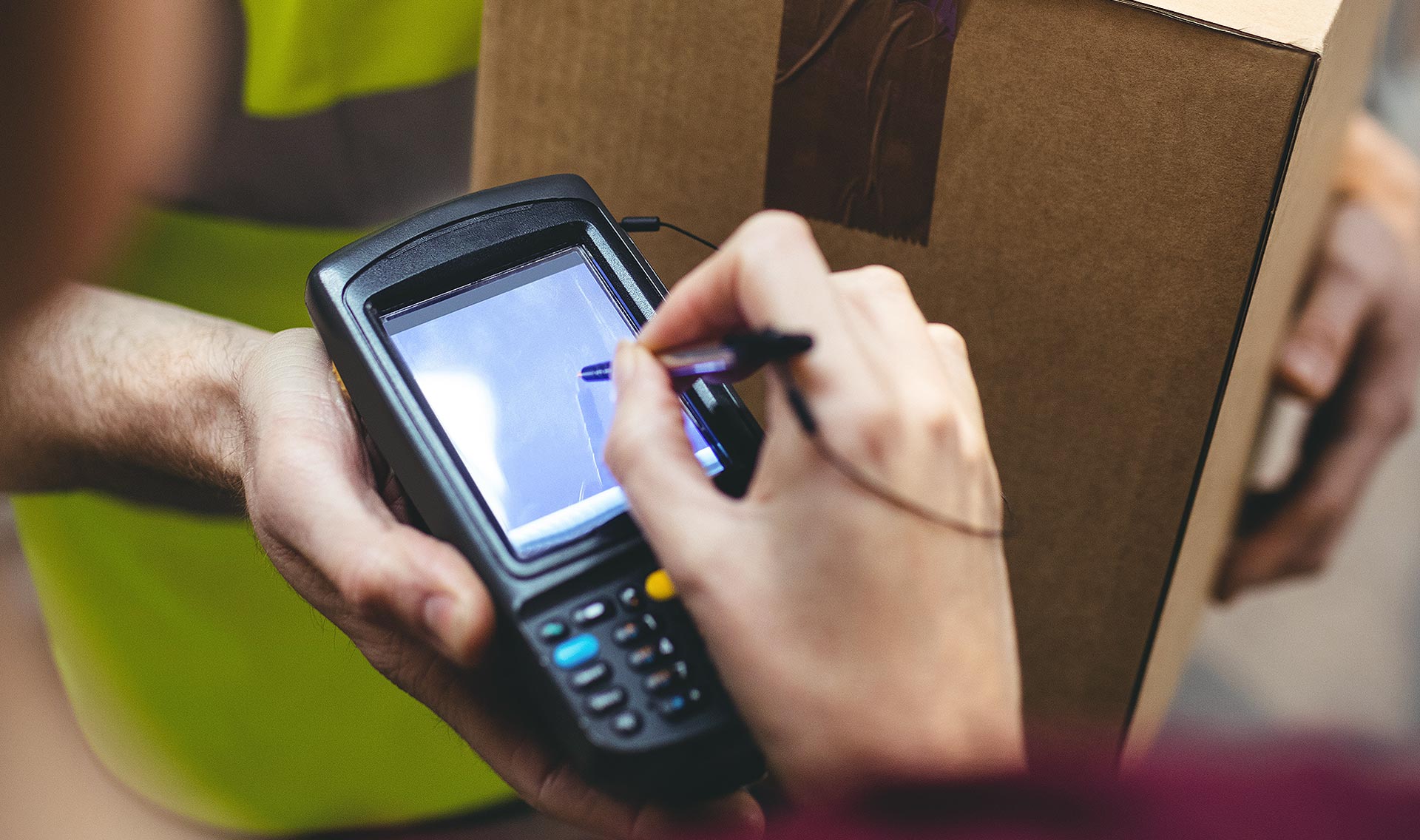 Delivery and fulfillment are top priorities for retailers, both big boxers and small merchants alike. Whether it’s speeding up delivery, cutting costs, utilizing stores for fulfillment or taking last-mile efforts in-house, the investments in this area are clear.

When Amazon first unveiled its Prime membership in 2005 — and the promise of free, unlimited two-day shipping — it differentiated itself from the competition in the e-commerce fulfillment space. But as retailers like Walmart and Target began to match that, or offer alternative e-commerce fulfillment options (like buy online, pick up in-store), Amazon needed something to again set it apart from the rest.

With its April one-day Prime delivery announcement, the e-commerce giant raised the bar yet again for the rest of the industry. While some competitors have once more begun matching Amazon’s fulfillment efforts, smaller merchants aren’t immune from the delivery pressures, either. However, it’s a much easier pill to swallow for the larger players, which have hundreds of stores that can potentially double as fulfillment centers.

The race for free and fast delivery matters. According to a recent UPS report, 43% of consumers consider delivery costs when researching products online. And with the holiday season just around the corner, consumers will be looking for the retailers best able to fulfill their last-minute shopping needs.

Here are the three moves we’re watching in the delivery race.

Amazon’s free one-day shipping: Is it really all that?

Amazon this past spring reprised its market shakeup in delivery with the announcement that it’s speeding up its Prime two-day shipping standard to just one day. While the move has changed the conversation somewhat, with more retailers touting their own fast delivery and in-store pickup, it seems less ground-breaking than the e-commerce giant’s initial two-day play.

That’s because stores with fleets that overshadow Amazon’s Whole Foods chain and its smattering of bookstores, Go and “4-star” shops are successfully getting customers their purchases in record time. In light of that, Barclays retail analyst Matthew McClintock in April deemed Amazon’s announcement “a red herring.”

Beyond the fact that many competitors are well-prepared to match Amazon’s speed-up is the reality that one-day delivery isn’t an across-the-board proposition. The e-retailer says it offers more than 100 million items for two-day delivery, more than 10 million for one day and more than three million for same day. That means Prime customers (who pay $119 annually in membership fees) are much more likely to experience the delivery pace they’re already accustomed to for most of their purchases.

Amazon says it’s working to augment that. “We are in the process of evolving Prime shipping in the U.S. to a primarily free one-day delivery program,” the company said in a statement. “Prime members will find that more and more items are being delivered in just one day. We will continue to offer same-day delivery and Prime Now, as well as millions of items for two-day delivery. Today, Prime Free One Day is available to members with no minimum purchase amount on more than ten million products, coast to coast.”

How far an item is traveling, whether it can be air freighted and when an order is placed can all affect whether the package will arrive in under two days, an Amazon spokesperson told Retail Dive in an email.

But, although UPS‘ Next Day Air volume unexpectedly soared 30% after the April announcement, Amazon won’t likely rely on air freight for this advancement, according to Marc Goodfriend, director of logistics partnerships at post-purchase platform Narvar.

“Clearly Amazon’s objective was not to use ultra-expensive premium overnight shipping to support Prime next day, otherwise, they would not have built a nationwide network of fulfillment centers,” he told in an email. “Based on the numbers, it looks like Amazon could be slow-rolling their Prime one-day promise while they work to fine-tune their nationwide fulfillment network to better support the kind of low-cost shipping methods that need to be used for fast, free shipping.”

That’s an opportunity for the likes of Shopify, (which is swiftly expanding after establishing its own e-commerce fulfillment network earlier this year), recently launched Verishop (which just announced free no-membership, no-minimum one-day shipping plus returns), and rival retailers with strong BOPIS operations.

What was supposed to be a burden on traditional mass merchants has turned into a competitive advantage in an era of rising e-commerce. Target and Walmart have both been leaning heavily on their stores for delivery and fulfillment, and the strategy is paying off as the retailers post strong numbers this year.

Target CEO Brian Cornell said earlier this year that moving digital fulfillment from distribution centers to stores cut costs by 40%. Going forward, the retailer plans to fulfill more than two-thirds of its digital orders from stores. The more than 300 store remodels slated for this year in part are designed to support its store fulfillment options. Despite questions about viability, Target COO John Mulligan told analysts in May that “we are confident that this is the best long-term solution for Target.”

Along with in-store fulfillment, Target has expanded its Drive Up pick-up service to 1,750 stores and all U.S. states. It has also expanded its same-day delivery options to 47 states. The retailer said in September it aimed to hire 130,000 seasonal employees for the upcoming peak season, including 8,000 in distribution and fulfillment centers. The company said in a press release that it was doubling the number of employees dedicated to fulfilling orders from stores.

Walmart also began rolling out one-day shipping earlier this year. Marc Lore, head of Walmart’s e-commerce arm, said the move had been in the works for a while, though it came just weeks after Amazon announced it would move up its Prime shipping from two days to one on eligible items. Like Target, the retail giant also leans on its stores to support digital sales. Of customers that use BOPIS services, 50% picked up goods at Walmart, according to Coresight Research. In July, Walmart also restructured its supply chain team in an effort to create a “seamless Walmart experience.”

The impact on small businesses

This summer, Etsy made an announcement that it was encouraging sellers on its marketplace to offer free shipping on orders of $35 or more. A corporate press release came with a number of positive affirmations to nudge sellers in that direction, including incentivizing those who adopted free shipping with priority placement in search results.

“[W]e hear that high shipping prices often deter shoppers from completing their purchases,” Etsy CEO Josh Silverman said in a statement. “By making free shipping the norm on Etsy rather than the exception, we’ll connect more people with items that they love.”

Etsy, which launched in 2005, was founded on the concept of supporting small businesses by providing a streamlined platform where artisans and crafters could sell their wares. It was for many years seen as championing indie sellers. Yet, over the years the corporation has made steps to become increasingly competitive.

As quick, easy and free shipping become expectations of e-commerce buyers, retailers are making decisions on how to best respond to speed up logistics. Amazon, which has historically pushed supply chain expectations, revealed in April that one-day shipping would be provided on eligible items. Walmart soon followed. Target, too, has been able to fulfill orders at a quicker pace by using its physical locations to its advantage.

While big-box retailers can possibly maneuver things within their supply chains to make up for costs lost on shipping, small businesses aren’t moving tremendous amounts of product and therefore don’t have the power to make deals with shipping companies to save on logistics. Etsy, for its part, stated that sellers could simply start raising prices on products to cover shipping costs.

The accelerated supply chain is putting small sellers at a crossroads regarding if they can afford to take a hit on margins. It’s positioning what once was independent in direct competition with the Goliaths of e-commerce.