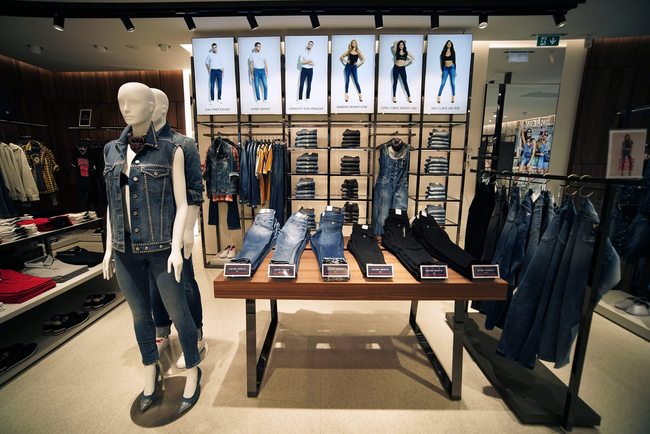 Los Angeles-based brand and retailer Guess has brought its newest flagship store to the Netherlands, as part of its continued expansion in Western Europe.

Opened on June 28, the flagship is located on Kalverstratt high-street in Amsterdam — one of the busiest and most expensive areas per square-metre in the country, the company said, attracting approximately 8,000 residents and tourists per hour.

Like Guess’s recently remodeled Barcelona store, the Amsterdam flagship’s interior is inspired by abstract art and the Spatialism movement, and includes an updated accessories corner and increased wall space for showcasing Guess merchandising and imagery.

The store is constructed to model Guess’s new flagship store concept, which debuted in May of this year and will be rolled out to other major retail assets over the coming year.

Guess’s retail portfolio in the Netherlands currently includes nine stores and four outlets, with another outlet set to launch in 2020.