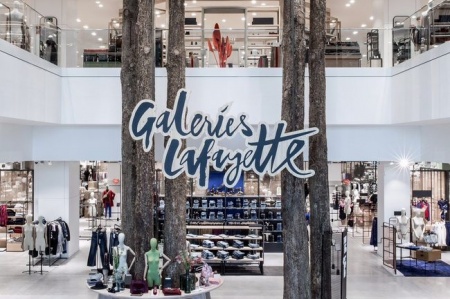 French department store chain Galeries Lafayette plans to open a second store in Istanbul and its first in Kuwait City in 2019, tapping into high-spending shoppers in the Middle East.

The 7,500 square metre Kuwait City store is located in the Assima Mall, a high-profile shopping centre close to the city’s central business district and will be operated under a franchise with Ali Bin Ali, a family-owned retail and luxury goods group.

The second store in Istanbul is spread over 6,000 square metres in the Vadistanbul shopping centre and is operated under a franchise with DEMSA group, a Turkish retail specialist.

The Galeries Lafayette group, known for its flagship Boulevard Haussmann store in Paris, also has stores in Berlin, Jakarta, Dubai, Beirut and Beijing.

It opened a first store in Istanbul in May 2017 and is preparing to open a store in Doha, Qatar in 2018.

In a report on the global luxury goods industry this year, Deloitte listed the Middle East as a major growth market, with high-spending in Qatar and Abu Dhabi particularly driving sales for major brands.

Sonos opens its first store outside the US in London