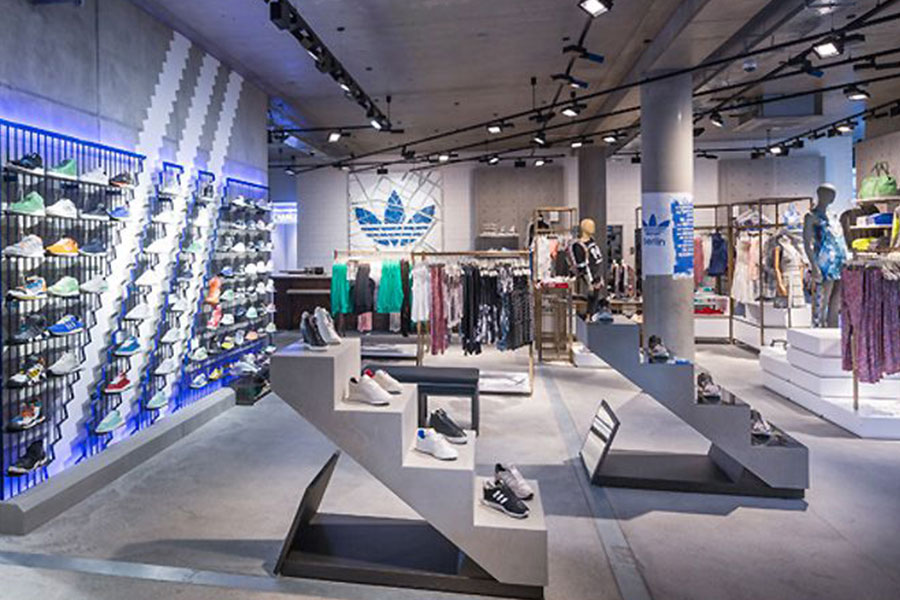 Major retailers in Germany say they plan to stop paying rent for stores that were told to close in order to slow the pandemic. Adidas is leading the charge, along with shoe chain Deichmann and Swedish clothing giant H&M.

A survey by news agency dpa has revealed plans by major German retail chains to suspend rental payments to owners of properties where their stores are located.

Many shops across Germany have been shut under regional state pandemic control decrees, but are receiving support from a new federal law that seeks to give tenants temporary relief.

Adidas spokesman Jan Runau told German ARD public television on Friday that the sports outfitter would temporarily suspend its rental payments at locations where “our shops are closed,” but that the company is in “close consultation” with its landlords.

Kai Warnecke, the head of the German Property Owners’ Federation, warned that defaults on payment unveiled by Bavaria-based Adidas must not set a precedent. “If so, it would be the end of the real estate market.”

Transport Minister Andreas Scheuer told the tabloid Bild he was “very disappointed” by Adidas’ decision, particularly after the company made big profits in recent years.

Alongside big property vendors, Adidas also rented space from private owners who would be left sitting on their expenses, said Scheuer.

The Justice Ministry stressed that pandemic aid measures adopted by the Bundestag and regional states did not exonerate tenants from paying.

Under the new measures that were rushed through parliament this past week, landlords are now barred from terminating rental agreements if tenants haven’t paid rent for three months.

Landlords still have the right to ask courts to check tenants’ ability to pay, the ministry added.

Jan-Marco Luczak, legal policy spokesman for Chancellor Angela Merkel’s conservatives, warned that it had not been the intention of lawmakers for “financially-strong corporations” to forgo rent payments and balk on contracts.

“The decision of Adidas is wrong,” Luczak said.

An Adidas spokesman said its online sales generated only 15% of group earnings, but added this form of retailing had been “intensively” accelerated.

Swedish clothing giant H&M, which has 460 stores in Germany, told ARD’s Tagesschau that it intended to defer rents for three months “until the situation is clarified.”

“In view of the current [pandemic-induced] situation a short- or medium-term impact on our business is unavoidable,” said an H&M spokeswoman.

Deichmann, an Essen-based shoe chain with some 1,500 outlets across Germany, told Tagesschau it would suspend payments of rents and services charges from April “for the duration of the statutory ordered ‘forced closures.'”

Deichmann said it expected those politically responsible would offset damages.

Two major electronic and household goods chains, MediaMarkt and Saturn, said they would also suspend rent payments in April as a precaution, said a spokeswoman.

No end in sight

Reiner Wild of the Berlin Tenants’ Association warned there was no known date when post-pandemic business could return to normality.

The association called for a solidarity fund for tenant firms facing bankruptcy.

Whoever gets into arrears will have until June 2020 to repay outstanding rent.