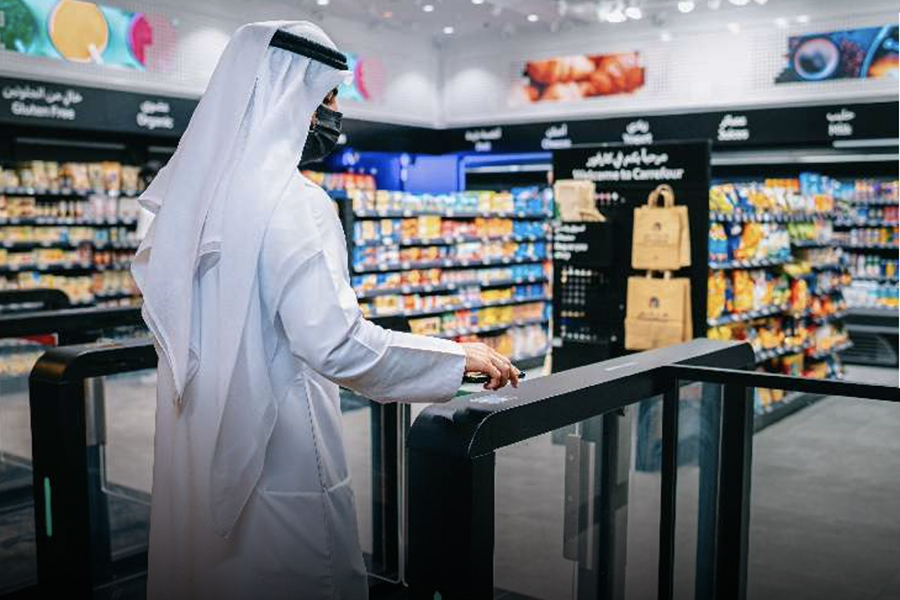 Carrefour has opened its first till-less store in the Mall of the Emirates in Dubai. The supermarket works – much like Amazon Go stores – based on camera recognition.

In the Carrefour City store in Dubai, 97 cameras closely watch each customer and their movements. Those smart cameras can identify products, keep an eye on stocks and follow customer traffic, replacing the traditional tills and their operators.

It is the first till-less supermarket by Carrefour that works with camera recognition. Carrefour followed Amazon Go’s example, which the latter pioneered years ago in the United States. Carrefour already opened stores elsewhere where customers did not have to go through checkout, but they still had to scan their items manually. With the new system, cameras register when a customer takes a product and automatically adds it to their receipt.

Shoppers get access to the store if they have the specific MAF Carrefour App installed on their smartphone. MAF is the abbreviation for the shopping centre operator, Majid Al Futtaim. The app is designed to recognise customers. The purchased amount is automatically debited from the customer’s registered credit card after they leave the store. On app, they then receive an electronic receipt.

More Carrefours in the region

For the AI technology, Majid Al Futtaim entered into a partnership with Chinese technology company Aifi, which is also responsible for the unstaffed stores of Wundermart and AH to go. Aifi emphasises that customers in the store will be identified by their ‘body structure’, and that no facial recognition or biometric data storage is needed.

“The store represents a huge leap forwards for retail in the UAE and region”, CEO Hani Weiss of Majid Al Futtaim Retail said in a press statement. There are reportedly already plans to launch the concept in other Carrefour stores in the region.