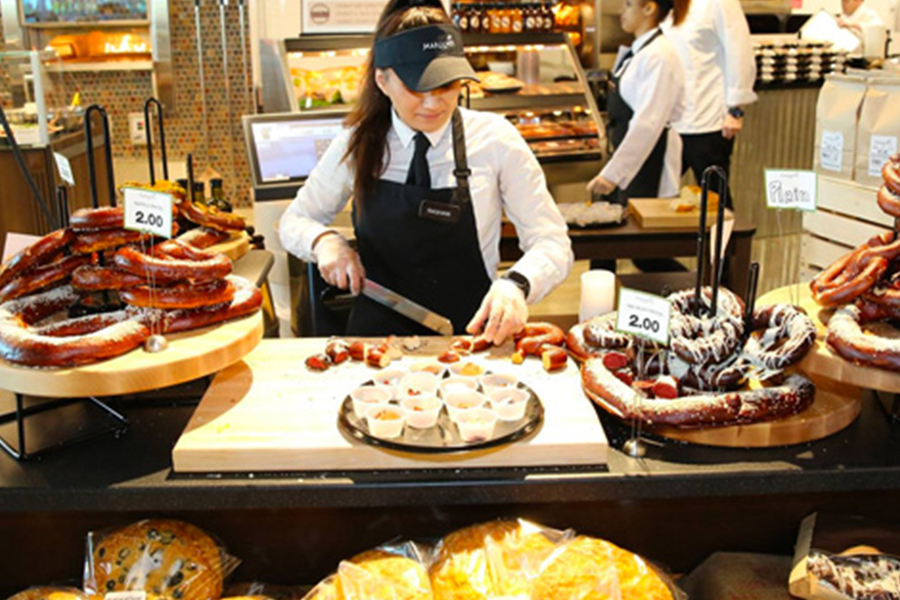 Bob Mariano made his mark in the grocery business first by running Dominick’s Finer Foods and Roundy’s, where he was behind the launch of the popular Chicago-based regional chain Mariano’s. With his namesake stores acquired by Kroger in 2015, he now plans to get back into the game with a March 2021 launch of a new “next-gen” grocer.

Dom’s Market & Kitchen is the prospective name of the new grocery concept, which just received a $10 million investment, according to And Know U Know based on a release sent to Crain’s Chicago Business. Mr. Mariano is planning a chain of small-format, urban neighborhood destination stores focused on experience and exploration. The first location will appear somewhere in Chicago’s Lincoln Park neighborhood. Dom’s will feature open food prep areas, wine tasting classes, and dine-in and takeout areas.

Mr. Mariano’s announcement comes at a time of tremendous uncertainty in retail, especially when it comes to in-store experiences, as stores reopen with limited customer counts and social distancing guidelines to protect the health of associates and shoppers.

While grocery has been one of the segments of retail labeled “essential” during the novel coronavirus pandemic and thereby not subject to full shutdowns, the segment has nevertheless been significantly changed.

Grocers have largely closed down soup and salad bars and other grocerant-style fixtures since March due to concerns that it would be impractical or impossible to prevent the spread of the virus in environments where customers were crowding around uncovered food.

Mr. Mariano appears to have aspirations to take some of those experiential elements to the next level at Dom’s Market & Kitchen, folding in new features that have grown popular in the last few years of grocery store evolution.

Food pickup and delivery from grocery stores have grown in popularity, as well. Most recently, such services have experienced an anomalous spike in adoption due to the social distancing demands of the novel coronavirus pandemic.

Is Kohl’s a stronger retailer as it reopens stores?