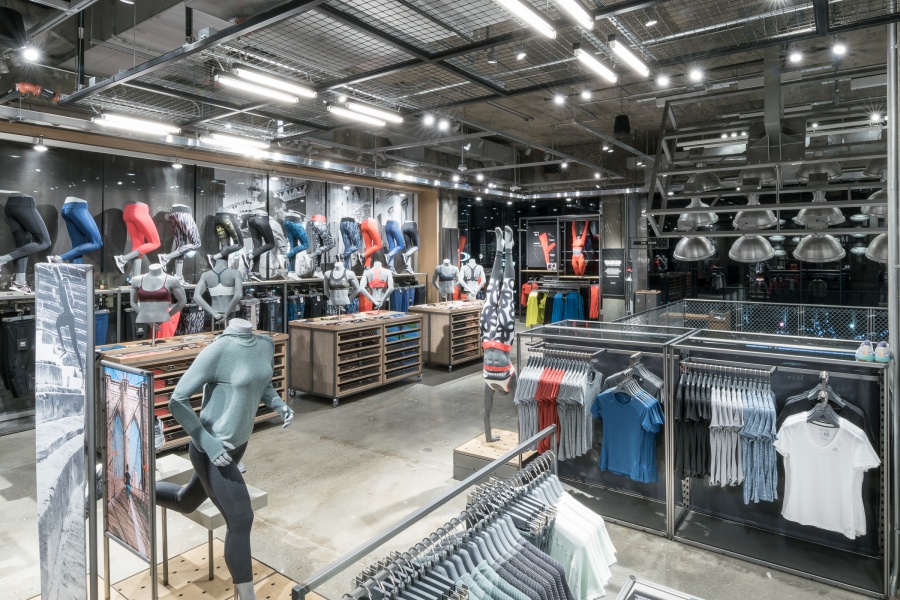 The store, measuring 45,000 sq ft, marks a push by Adidas to further establish itself in North America.

Across four storeys, it is Adidas’s largest store, as well as its most experiential.

All of Adidas most famous product is accounted for and has its own place in the store, including Originals like the Stan Smith and Superstar and new hot performance products like the Ultra-Boost, as well as new collaborations like Stella McCartney for Adidas and a limited partnership with Canadian-based sportswear manufacturer Reigning Champ.

It features New York–based products and a juice bar that sells beverages from a local Williamsburg juicery.

A city concierge is available to assist visiting tourists, and there is a ‘Home Kiosk’ area, inspired by a stadium fan shop and decorated with the names of New York City’s five boroughs.

The space also makes use of in-store technology, including four customisation stations and a temporary virtual reality installation.

The launch comes after rival fitness brand Under Armour unveiled ambitions to open a shop on Fifth Avenue in 2019, in the former location of FAO Schwarz.

Fifth Avenue is one of the world’s most expensive retail locations, with rental asking prices of around $3,213 per square foot.

What Apple and Whole Foods Can Teach Us