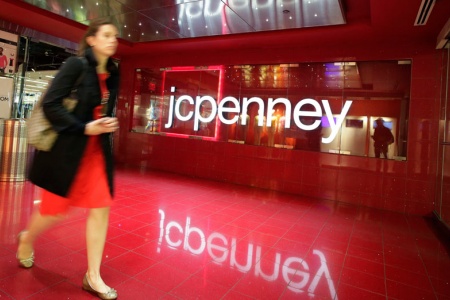 Instead of throwing the latest trends and technologies in the face of these shoppers, Penney’s has honed in on one specific subset of the diverse generation: millennial moms. This group numbers more than 14 million in the U.S., according to Pew Research.

Penney’s says its “emerging customer” base, which includes these women, accounts for 45 percent of its revenue. Millennial moms are also driving much of the growth in the company’s sales and customer count.

Now, as the department store chain tweaks its product assortment and sharpens its focus on this shopper, it sees more opportunity ahead.

While Kantar Retail data show that the average age of J.C. Penney shoppers is climbing closer to 51, the department store chain started to notice that many of its newest customers were young women between 30 and 40. Not only that, but these shoppers were visiting the retailer more frequently, and spending more than the average customer.

Penney’s courtship of millennial women has multiple prongs. But the center of its thesis remains consistent, Philip said: thinking of her first as a mom. To better meet the specific needs that come with that role, Penney’s this holiday has brought a dedicated toy section back to its kids’ department — a specialty seasonal carve out that was scrapped under Ron Johnson’s leadership.

Along with its push into children’s categories, Penney’s is leaning into its new fast-fashion line, Belle & Sky, to cater to millennial moms’ style. It’s also getting traction from these shoppers in its Sephora shop-in-shops and InStyle-branded beauty salons. Sephora has consistently been one of Penney’s top-performing categories, and it will add at least another 60 locations in 2017.

Looking ahead, Penney’s sees a “huge opportunity” to build upon its home business, and make its stores a destination in the category for millennials, Philip said. To some degree, that includes its return to appliances earlier this year.

The company is meanwhile testing tweaks to its floor plan in certain millennial-heavy markets, which include switching out its more traditional Worthington brand at the front of the store for its Belle & Sky label.

Penney’s declined to share what markets those tests are operating in, but said it will have more details to share next year.

In several ways, the makeup of the millennial shopper base is on Penney’s side. That’s because it has historically been successful in its efforts to woo immigrant, Hispanic and multicultural shoppers, Craig Johnson, president of Customer Growth Partners, told CNBC.

Another reason Penney’s has done well with this group of shoppers is its prices. Because many millennials came of age during the financial crisis, and have struggled to grow their wages, value is extremely important to them, Johnson said.

Amazon launches a showroom for imported goods in Beijing