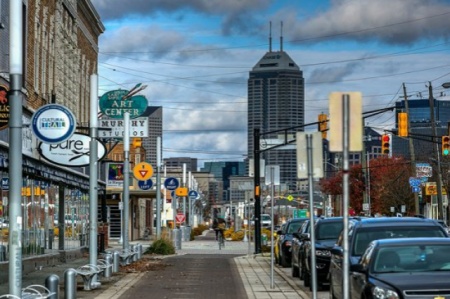 Apple’s next-generation stores won’t exist merely to sell computers.  It will instead focus on “enriching lives,” with classes and workshops for children, adults and teachers, as well as visits from artists and musicians. By the end of 2016, Apple plans to operate 95 such next-generation stores.

Whole Foods, meantime, is pursuing a similar “Main Street” retail approach with its 365 by Whole Foods stores. These include independent vendors called “Friends of 365,” which could range from local juice bars to bike repairers. Whole Foods operates three of these 365 stores and plans to open an additional 16 in 2017 and beyond.

The sum of these efforts may be greater than mere store numbers, however. Indeed, two influential retailers plus two similar concepts could equal forced change among competitors. And this could transform what consumers come to expect at the store.

If Apple and Whole Foods’ community-type store concepts are to take hold more broadly, the retail experience could be rooted not in product, but in how a retailer positions the lifestyle nature of its brand. This would mean a potentially major change in how retail space is used.

And a change in how retail space is used would alter the overall experience.

Picture department stores replacing their first-floor cosmetic counters with workshop spaces where shoppers can learn makeup design, style tips or jewelry making. The actual selling could take place on the upper floors or at the store perimeter.

For that town square experience to work, regardless of what one is selling, there need to be rules of authenticity. Following are five guidelines for operating a real “Main Street” store that balances the products we would like with the experiences we seek.

1: Be open to all: A town square, or a Main Street, serves many functions and therefore requires a variety of complementary product offerings and attractions, from bakeries to record stores. Similarly, Whole Foods’ 365 stores complement its products with those of independent businesses.

2: Be a familiar (not forceful) face: What distinguishes the Whole Foods and Apple concepts from other store-within-store brand partnerships (think CVS and Target or J.C. Penney and Sephora) is the inclusion of local, familiar faces. Bringing a town musician into an Apple store means drawing the musician’s fans and followers, which could be a great way to capture new sales. But tread deftly. Visitors should not feel pressured into buying anything. It’s like wine stores that offer tastings; a good number of tasters, but not all, will buy a bottle or three. The tradeoff is the store has created a local gathering spot that makes people feel happy, and that feeling oftentimes translates into positive word of mouth.

3: Be a good neighbor: Being a town square retailer means shifting the product focus to local players. This can be challenging if the business partnership does not work out, particularly because visitors may be more loyal to the neighborhood vendor than to the national brand. For this reason, the larger retailer, the “landlord,” should make the terms and conditions clear and easy to understand.

4: Location, location, location: There’s a reason gazebos are popular centerpieces of town squares; they are the congregation areas. Similarly, retailers that want to create communities within their walls should be mindful of where to locate their attractions and products. Removing the sales space from workshop areas diminishes the risk of visitors feeling they are being marketed to.

5: Be device-ive, not divisive: Look, even if a store featured a musical fountain in which children could play, its visitors would still be looking at the devices in their hands during their stay. So the merchant might as well be part of it. The trick is being a relevant part of the experience, among all of the apps, mail and texts vying for her attention.

All of these steps would guide a retailer toward more of a town square experience that might shift sales space but not compromise sales. It could, in fact, change the formula for what consumers expect in the sales equation. That is, until the next trend comes along.

How to Attract the Luxury Consumer in 2020