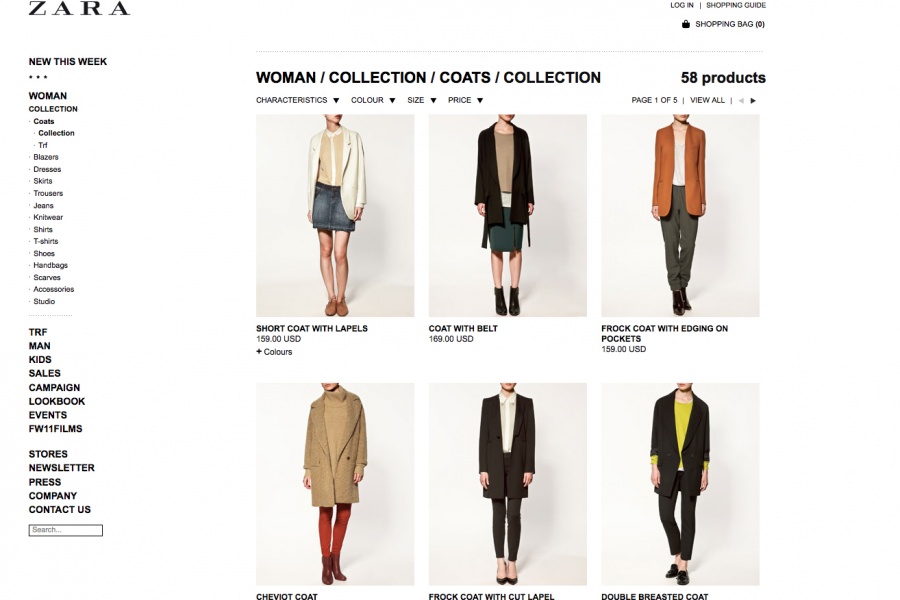 The site offers free shipping regardless of purchase amount, with a
delivery time of three to six working days, with a choice between home
delivery or click-and-collect at selected Zara outlets. Thai shoppers
can pick up items at any Zara store except at the Siam Paragon location.Zara
recently brought its online platform to Singapore and Malaysia earlier
this month, and will bow a similar website in Vietnam in the next few
weeks, as well as in India in the second half of this year.The
company also it plans to open a 5,000 square-metre flagship Zara store
in Mumbai, which will be its largest store in India. Inditex, Zara’s
parent group, currently has 21 stores in India.

In 2017, Inditex
plans to continue its strategy of opening flagship stores in top
shopping districts and absorbing its own small outlets into nearby big
stores. Moreover, Inditex will open up a new Zara flagship store in
Madrid on April 7, which will become the brand’s largest in the world by
size.In the year to 31 January 2017, Inditex recorded net
profit of 3.15 billion euros, representing a 10% increase over the
previous year. Group sales amounted to 23.3 billion, up 12%, while
EBITDA was 5.08 billion, compared with 4.69 billion a year before.