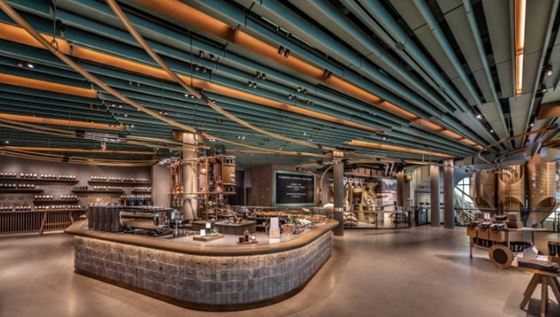 With four floors and spread across 35,000 sq ft, the Starbucks Reserve Roastery in Chicago, which opens today, takes on the mantle of being the world’s largest. Housed in the former Crate & Barrel flagship on the Midwest capital’s Magnificent Mile, this is the last Reserve Roastery that will be built, according to Starbucks (the other ‘stores’ are in Milan, Seattle, New York, Toyko and Shanghai), there now being sufficient press about the brand for no more to be needed, presumably. 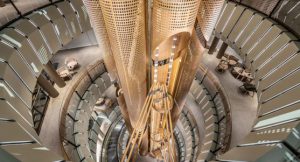 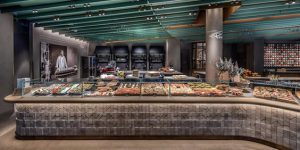 Inside this one, there is the usual mix of a Princi Bakery, differing coffee stations and a bar, where those in need of caffeine can have it prepared in a variety of ways. There is also a 56 ft-high ‘cask’, a tower-like structure in the middle of the store with an outer skin of perforated metal, allowing views of tubes with coffee beans flying through them.

And wrapped around the ‘cask’ is the first curving escalator in the Midwest, giving those riding it the chance to see the centrepiece at close quarters.

As with the other Reserve Roasteries, any kind of return on investment (Shanghai is close to being profitable) is a distant prospect but then that really isn’t the point of the things and as marketing tools they are about as effective as it gets. 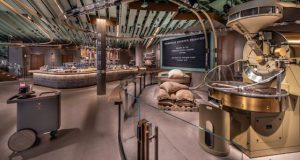 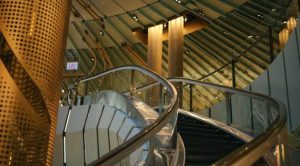 Opening of the first Carrefour BIO store in Poland in Warsaw