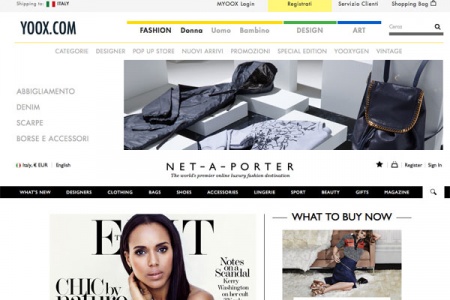 Net-a-Porter’s Whatsapp personal stylists chat one-on-one with top customers, referred to by the company as “Extremely Important People.” This strategy falls in line with the ways other brands have taken to the app for customer service and marketing: Brands like Diesel, Kenneth Cole, Clark’s and Agent Provocateur have used WhatsApp to talk with customers and run campaigns.

“As well as being an instant messaging app, WhatsApp is a digital channel and a point of contact for businesses with its clients. From this perspective, there is an opportunity for Net-a-Porter to use the app to build a relationship with its clients — and why not sell using this tool?” said Maristela Vasconcelos, creative planner at Huge.

“What’s indisputable is the role that mobile is playing in consumers’ lives. The question is, ‘What’s the best the strategy around mobile for the brands?’” said Phil Granof, CMO of NewStore. “When it comes to conversational commerce, the idea that you basically put a retail relationship where the consumer is spending a lot of time makes absolute sense. If an app is the natural location of the conversation, that’s going to be a place for transactions.”

Last summer, Dior tested selling a handbag to customers in China through WeChat, which is used by 700 million people in the country. The limited release of the bag, promoted to followers of the brand on the app, pulled off direct purchases through the app and successfully made money on social followers. Dior hasn’t returned to WeChat to sell products, however, while Net-a-Porter is investing in a platform that will turn WhatsApp into a full-time sales channel.

In 2016, Yoox Net-a-Porter saw a lift in revenue of 18 percent, to $1.9 billion. As only 20 million of WhatsApp’s billion users are in the U.S., the company’s strategy on the app is concentrating on growth elsewhere. Last year, the Asia Pacific region was the strongest growing market for the company, with an overall revenue lift of 27 percent, to $322 million. WhatsApp’s biggest market is India, where there are 170 million reported monthly users. Other top markets for WhatsApp include the Middle East and South America, according to SimilarWeb.

While Yoox Net-a-Porter is investing in a direct-sales platform on WhatsApp, it’s not pulling its native retail app from the store, as brands like Patagonia, Everlane and Coach have done recently, all citing a lack of resources to continue investing in an app that’s not widely used. Coach reverted its mobile efforts into iMessage, while Everlane tested (and recently abandoned) using Facebook Messenger. Net-a-Porter, meanwhile, recently launched a new Android app for its off-price marketplace, The Outnet, and in its 2016 annual report, the company referenced mobile as a point of focus for the upcoming year.

McDonald’s Is Finally Getting Mobile Ordering and Delivery