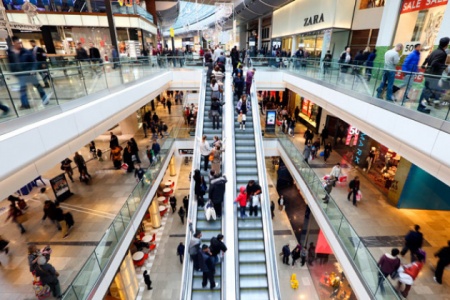 Last year was grim for retailers. This year could be even worse.

Despite a late surge in holiday sales, companies like J. Crew Group Inc. and 99 Cents Only Stores are struggling under debt they took on in leveraged buyouts years ago. Their bond prices have plummeted — in some cases to as little as 25 cents on the dollar — as investors brace for possible defaults.

The industry has been limping along for a while now due to a variety of forces. Spending has migrated to the Internet, lenders have turned wary and the debt burdens of pre-crisis buyouts will make it tough to revive struggling merchants. Eleven retailers defaulted last year through Dec. 14, the highest annual tally since 2009, according to Standard & Poor’s data. And the near future doesn’t look much brighter.

“We expect more retail defaults in 2016 than 2015 and 2014,” said Robert Schulz, an S&P credit analyst.
The credit market is echoing that sentiment. Bonds of indebted retailers dropped further last year in anticipation that some will need to restructure.

This wave of distress is different from the tough times of the Great Recession, said Patrick Dalton, chief executive officer of Gordon Brothers Finance Co., an asset-based lender that works with retailers. Now, “it’s an industry issue, not an economy issue,” he said. Shoppers are seeking value and turning away from pricey logos, which is hurting the teen-clothing category in particular. “What looks the same but costs three times less is where everyone’s going,” Dalton said.

In general, shoppers are spending less on stuff and more on experiences such as going out to eat. They’re also saving more. And retailers that once reigned in America’s shopping malls are losing customers to online rivals like Amazon.com Inc.

“Amazon is crushing everybody,” Dalton said.

Bond prices of the most distressed companies reflect those problems. J. Crew’s bonds lost 7.4 percent in December, dropping to a record low of 25 cents on the dollar on Dec. 22, reflecting creditors’ lack of confidence that the retailer will be able to shoulder $2.1 billion of debt from a 2011 leveraged buyout by TPG Capital Management and Leonard Green & Partners.

Bon-Ton Stores Inc.’s 8 percent notes last traded at 33.4 cents on the dollar on Dec. 23, according to Trace, the bond-price reporting system of the Financial Industry Regulatory Authority.

Margot Fooshee, a J. Crew spokeswoman, declined to comment. Angela Thurstan at 99 Cents Only and Christine Hojnacki at Bon-Ton didn’t respond to requests for comment.

“It’s going to be a busy year of restructuring for retailers,” said Steven Ruggiero, a credit analyst focusing on retail at RW Pressprich & Co. in New York. “Hedge funds and private-equity investors that were taking a pause at the end of the year waiting to see how December sales would pan out and how redemption was for their funds are now ready to pounce.”

Things could have been a lot worse. Sales during November and December rose 3.4 percent, according to research and consulting firm Customer Growth Partners. An uptick in shopping during the week between Christmas and New Year’s helped mitigate what Craig Johnson, the research firm’s president, called a terrible year for margins, as retailers jockeyed to win over lukewarm shoppers.

The days when retailers could load up on debt and hope to sell their way out of it appear to be over. In the meantime, obligations heaped on during pre-2008 leveraged buyouts are coming due.

Sports Authority Inc., for example, has a $300 million term loan due in May 2017, but its private-equity owner Leonard Green & Partners is already under pressure to refinance it while there’s still more than a year to maturity. Once an obligation passes that threshold, it becomes current, which is considered more difficult to deal with in a restructuring.

Although the sportswear retailer received a $95 million infusion in late 2015 to shore up vendor confidence, addressing that debt appears to be a challenge. Kellie Kerwin, a spokeswoman for Sports Authority at ICR, didn’t comment.

Even healthy retailers are posting disappointing results. Bed Bath & Beyond Inc. said third-quarter profit and comparable-store sales will be less than forecast. Department stores including Macy’s Inc. and Nordstrom Inc. have cut their annual forecasts. Some of that is due to record-high temperatures, which have produced a glut of coats, sweaters and other seasonal goods.

“The merchants that have been lagging don’t have the luxury to lag anymore,” said Jonathan Eyl, a consumer analyst at Nasdaq Advisory Services in New York.

Get ready for Amazon’s own private-label clothing line