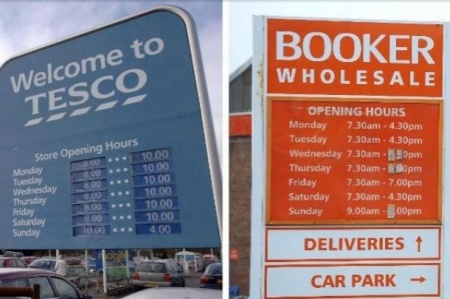 Now the convenience store market is facing renewed scrutiny after Tesco pulled a rabbit out of the hat last month by announcing a £3.7bn takeover of cash-and-carry giant Booker. The surprise move has set hares running among rival retailers and wholesalers in a market where around 80% of the UK’s 41,000-plus convenience stores are still independents or belong to buying groups such as Costcutter or Nisa (known as the “symbol groups” in the industry).

Convenience stores are an increasingly important player in the UK food market, ringing up £37.5bn of last year’s £179bn total grocery sales, according to research by analysts at IGD, the industry trade body. IGD thinks the convenience pie will increase by 11.7% over the next five years to £42bn as Britons turn their backs on the weekly shopping trip in favour of more frequent top-up shops.

One of the reasons the proposed Tesco deal is causing so much consternation in the sector is that Booker has 125,000 retailers on its books, including the 5,400-odd stores that are part of Booker’s own symbol networks, taking in the Premier, Londis, Budgens and Family Shopper brands. Tesco, meanwhile, operates close to 2,500 convenience stores under its Express and One Stop banners, although some analysts also count its 300 Metro high street supermarkets in this group.

Tesco already speaks for close to 30% of the UK grocery market, and the controversial deal promises to hand it control of another 2%.

Just under half of Booker’s £3.2bn cash-and-carry sales are trade with shopkeepers in its symbol-group networks. Announcing the deal last month, Tesco’s chief executive, Dave Lewis, and Charles Wilson, his counterpart at Booker, argued the greater buying power of the enlarged business would be a force for good that would “delight consumers with better availability of quality food at fair prices”.

But a decade of aggressive convenience-store opening programmes by the likes of Tesco and Sainsbury’s, coupled with the rise of discounters Aldi and Lidl, means it has been getting harder for small shopkeepers like Patel to survive.

In 2012, Costcutter’s attempt to buy Scunthorpe-based Nisa, which has more than 1,000 stores in its network, was rejected. More recently Nisa has been linked to merger talks with cash-and-carry group Bestway. In 2015, Booker bought the Budgens and Londis chains from Musgrave for £40m, bringing nearly 1,800 stores under its wing.

Tesco made its first serious foray into what was then the backwater of convenience store retailing when it swooped on West Midlands-based T&S, buying the FTSE 250 company for £377.3m, in 2002.

Tesco’s merger with Booker is raising both concerns and hopes among suppliers, depending on their size and what they produce. Farmers and small-scale food processors or manufacturers are nervous as they could be squeezed by the already massive Tesco gaining more power.

Analysts estimate Booker will add about £2bn-£3bn to Tesco’s current £45bn of buying power. Meanwhile, Tesco says it will save £175m a year in costs – £96m from improved procurement.

Big international brand owners, such as Unilever, P&G and Birds Eye, are thought to be likely losers from the tie-up as this is where the combined Tesco-Booker will gain more market share.

Tesco has already had a very public spat with Unilever after the Marmite-to-Hellmann’s group tried to raise priceswith all retailers in response to the post-referendum fall in the value of the pound. The supermarket won a better deal than many of its rivals; now it will have even more weight.

But analysts reckon suppliers of own-label products to the supermarkets will be quite comfortable with the deal.

The Fall of American Apparel