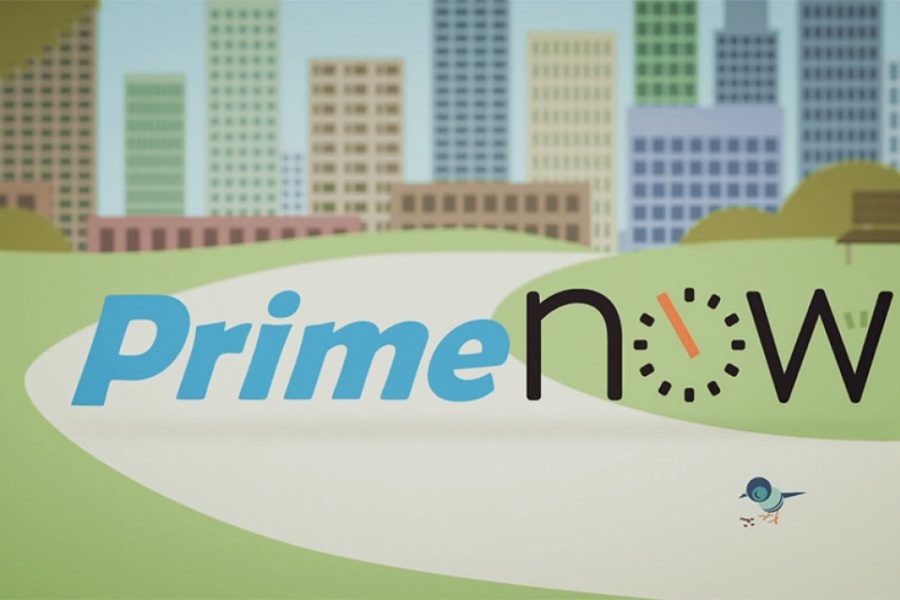 For a growing number of supermarkets looking to sell boxes of cereal, bottles of laundry detergent, and even fresh produce online, partnering with third-party services like Instacart, Postmates and Google Express offers an enticing proposition. With deep knowledge of consumer analytics and logistics, these providers can quickly get products into the hands of customers — sometimes, in as little as one hour.

An outgrowth of the e-retail giant’s wildly popular Prime service, which offers expedited delivery on eligible items in exchange for a $99 yearly fee, Amazon Prime Now began partnering with local supermarkets in 2015 to offer one- and two-hour delivery on products gathered, in many cases, straight from store shelves. In New York, Prime Now customers can get speedy delivery of prepared foods from Gourmet Garage and Westside Market, while shoppers in Amazon’s hometown of Seattle can choose from more than 10,000 items available from PCC Natural Markets.

The number of grocers that have partnered with Amazon Prime Now is small. Out of the 30 metropolitan markets where Prime Now operates, only 10 include ordering options from local retailers. But many expect the partnerships to expand in the coming years — and quickly.

Retailers, meanwhile, are eager to plug into one of the most sophisticated e-commerce systems around. They’re also keen on expanding their market reach through Amazon’s more than 65 million Prime subscribers.

Supermarkets in Prime Now markets across the country — including Indianapolis, Dallas, Portland and Los Angeles — are signing on. In October, Fresh Thyme, a natural and organic grocer with locations in 10 states, announced a deal with Prime Now for its Indianapolis stores. Sprouts Farmers Market, the value-priced natural and organic retailer with more than 200 stores across the South and West Coast, recently said it was in talks with Amazon to expand following a

Given their razor-thin margins and limited investment capital, supermarkets see a great value in outsourcing online ordering and delivery.

On the other hand, sources said, retailers risk losing customer loyalty by outsourcing key capabilities to a separate company. Nimble platforms like those run by Instacart and Amazon Prime Now are building strong connections with consumers, while at the same time diluting the brand strength of supermarkets, noted Barb Stuckey, president of Mattson, an innovation firm that does food and beverage concept, brand, and product development. Consumers, she told Food Dive, are often more loyal to product brands than they are to retailers, making supermarkets interchangeable in the e-commerce space. Also, without close control of ordering and logistics, retailers can find themselves to blame for poor execution on the part of their service provider.

It all adds up to something she calls a “hijacking” of the user experience.

The potential for loss of control is one of the reasons many retailers are keeping their e-commerce capabilities in-house. Some, like Kroger and Wal-Mart, have chosen to focus on saving customers time by offering in-store pickup of goods ordered online.

Brick Meets Click’s Bishop agreed that third-party services can take important capabilities away from retailers, and cautioned grocers to weigh the financial upside of their partnerships against any toll that might be exacted to brand loyalty.

With Prime Now, there’s also what many analysts see as an elephant in the room: Amazon’s own ambitions in the grocery industry. The e-tailer is a large and growing competitor to supermarkets, offering many of the same products itself as those available through its retail partners. Those products are often competitively priced. The Prime Now landing page, where users can access retailer selections, is dominated by Amazon offerings — everything from frozen food to snacks and beverages. Customers who aren’t fiercely loyal to a retailer may be tempted to comparison shop, or just defect to Amazon.

With the continuing expansion of its Fresh service, which adds delivery of produce, meat, dairy and other perishable items for a $15 monthly fee, Amazon is also competing with grocers on the items that comprise the ever-important store perimeter.

Not everyone is convinced, though, that partnering with Amazon is a losing proposition. Brick Meets Click’s Bishop said retailers should work with the company if they find it meets their short-term business goals But, he cautioned, they should take care to learn from the experience and develop a long-term e-commerce strategy that addresses the growing threat posed by Amazon and other e-tailers like Jet.com and Boxed.

One retailer that’s found success partnering with e-commerce providers is Seattle’s PCC Natural Markets. In 2015, the natural and organic co-op, which operates eleven stores in the city’s metropolitan area, allied with Instacart to offer home delivery on thousands of store products listed online. The following year, in an effort to expand its reach, PCC partnered with Prime Now.

What Will The Tesco-Booker Merger Mean?

LVMH to tighten grip on eyewear business with Marcolin deal