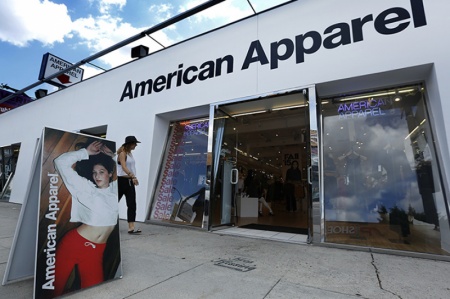 The iconic brand American Apparel is no longer American. Canadian firm Gildan Activewear recently purchased the name and some manufacturing equipment for $88 million but declined to buy the brand’s stores and manufacturing in the United States. It marks an ignoble ending to what was once a leading fashion staple. And another level in the fall from grace for its founder Dov Charney.

Canadian entrepreneur Dov Charney started importing American clothes to his hometown of Montreal when he was in high school. By his freshman year in college, he was using the trade name “American Apparel.” But even at that early stage, it was becoming clear that he lacked the vital soft skills of communication and relationship building to keep a partner. His earliest partners had already walked away, saying he was difficult to work with. However, Charney wasn’t deterred. In fact, he stated, “When you believe in what you’re doing, that’s the first thing. And you have to be resilient, because people are going to try to knock you down.”

Charney’s vision and drive made American Apparel iconic. In 2008, the Michael Awards for the Fashion Industry named him Retailer of the Year, an award previously bestowed on fashion legends Calvin Klein and Oscar de la Renta. At the same time, most people may have forgotten that in March 2014 sales had fallen so low that American Apparel came very close to bankruptcy. However, Charney’s wasn’t going to let American Apparel fail. He loaned his own company $8.5 million and brought it back from the brink. At the time, Robert Greene, a director at American Apparel is said to have told him, “You are a genius.”

It wasn’t the first time Charney had been called an outstanding leader. In 2011, Business Insider published an article entitled “10 Reasons Why American Apparel’s Dov Charney Is a Brilliant Leader,” citing things like the fact that he had made the decision to move manufacturing operations from Mexico to Los Angeles. It also noted that Charney made sure his employees had his cell phone number and that they could reach him anytime.

On the other hand, other sources describe Charney in terms other than “genius.” He has been involved in a number of controversial lawsuits, including one involving film director Woody Allen, and sexual harassment charges that were later thrown out. When the controversies began impacting American Apparel’s bottom line, Charney was forced out as his position as CEO in June 2014.

At a behavioral level, the evidence indicates that Charney is a deeply flawed leader. However, both history and research prove the point that the most effective leaders are not necessarily the ones without flaws. Take Apple founder, Steve Jobs. Like Charney, Jobs had a brilliance for developing products that millions of people have fallen in love with, and he also refused to compromise his vision. Like Charney, Jobs was described as rude, unreasonable, fickle and arrogant. And don’t forget that in 1985 Jobs was also removed from his own company for his flaws.

It’s obvious that Charney is a visual high creative. He may even be to the world of “schmatta” what Jobs was to the tech world. Like Jobs, he is bold in going against trends.

The problem with being hailed as a genius is that one can start to believe that the title gives you certain levels of entitled rights that other, less talented individuals may be denied. But the truth is that whether you are Steve Jobs, Dov Charney or the next wunderkind, your genius does not grant you permission to treat others as lesser beings placed in the world for your use or entertainment. Hard skills, even genius, are no longer enough to keep a leader at the top. Today, for leaders to not just remain, but sustain, they must have not only passion (which clearly both Jobs and Chaney have/had), but also purpose, communication and compassion — so called “soft skills” — to complement their hard skills and so-called genius.

The world of business and leadership is now facing an unprecedented level of scrutiny. It’s no longer possible for a leader to remain aloof and separate from ‘the masses.” It’s no longer possible for faults and flaws to be hidden behind bluster and arrogance. It’s no longer possible to use “genius” as a pass for being a miserable human being. If you want to be a leader in today’s world, it is vital that you differentiate between harmless eccentricities (like Charney’s preference for Post-It notes on the wall instead of digital content) and character deficits that can, and probably will, eventually be your demise. Fail to do so at your own peril.

What Will The Tesco-Booker Merger Mean?