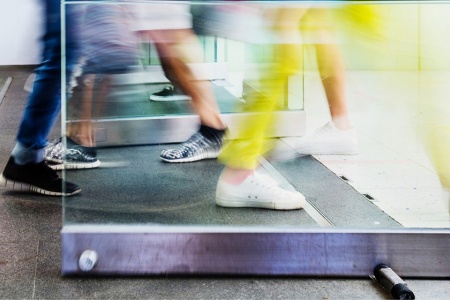 “It was the best of times, it was the worst of times” This is the opening phrase of the opening paragraph from “A Tale of Two Cities” by the immortal Charles Dickens providing analysis of the disruptive state of affairs in 18th Century England, as well as across the Channel, in France. I can’t think of a better comparison to the disruptive state of affairs at this intersection where old world retail meets new world tech armed consumers. So a parallel phrase would be “it is the most exciting of times — it is the most challenging of times.” Exciting because of the enormous opportunity for retailers to transform their businesses for the better — and most challenging because of the necessity to do so — or die.

Over 5000 retail stores were closed in 2017 and continuing apace in 2018.  It’s too simple to blame these closures solely on the rapidly growing ecommerce marketplace, with Amazon leading the pack.  For sure the pure online players are stealing a lot of business from the traditional brick and mortar retail sector.  However, once these legacy retailers build their own online business, they will gain back a big share of those fleeing dollars.  But, there’s another more ominous existential threat: the new consumer mindset.

The millennial and Gen Z cohorts are now the largest consumer groups, replacing the retiring boomers. Having grown up with mobile devices stuck to their heads, and with an entirely different set of values and lifestyle desires than their parents, they have flipped traditional shopping behavior on its head. Not only are they more interested in the style of life and experiences than the stuff of life, they also expect personalized products and services, authenticity and sustainability.

Furthermore, they can scan more products and services in ten minutes on their mobile devices than they can spending an entire day at the mall or shopping for hours in a building full of stuff, aka, a traditional retail store. So, why even go to a store anymore?

That, folks, is the existential threat.

Therefore, while the legacy sector must race to build its online model, it must simultaneously transform their buildings full of stuff to buildings that are destinations as social gathering places, like communities, full of personalized experiences, entertainment, interactive services, restaurants and food courts, and all constantly changing and evolving to compel customers’ loyalty and more frequent visits.

Tesla Pulling Out of Home Depot