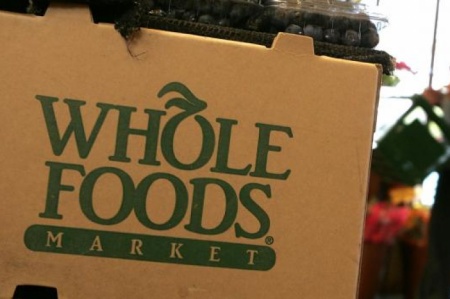 Whole Foods Markets is placing new limits on how products are sold in its stores and asking suppliers to help pay for the changes, riling some mom-and-pop vendors that have long depended on the grocer for visibility and shelf space.

The changes, outlined in an email recently sent to the company’s suppliers, are intended to save on costs and centralize operations. They come as Whole Foods’s new owner, Amazon.com, pushes to reduce prices at the chain’s 473 stores.

Some small-business owners said they are already feeling the effect.

Previously, Whole Foods allowed suppliers such as Gray to oversee their own merchandise or hire local firms to do so. But under the new rules, Whole Foods is requiring suppliers to work exclusively with Daymon, a Stamford, Conn.-based retail strategy firm, and its subsidiary, SAS Retail Services, to schedule in-store tastings, check inventory on shelves and create displays on their behalf. (Jeffrey P. Bezos, the founder and chief executive of Amazon, also owns The Washington Post.)

In an email obtained by The Washington Post, Clark advised suppliers that they would be required to help fund the effort.

Suppliers that sell more than $300,000 of goods annually to Whole Foods will be required to discount their products by 3 percent (for groceries) or 5 percent (for health and beauty products) to fund the new program. Local suppliers will also have to pay $110 for each four-hour product demonstration by Daymon, while national suppliers will have to pay $165. (Vendors can also continue to host demonstrations themselves, as long as they pay a scheduling fee of between $10 and $30.) Daymon did not respond to requests for comment.

Some suppliers said the new policies put them at a disadvantage because they rely on regular, previously free three-hour demonstrations and tastings to introduce products that might be unfamiliar to shoppers.

The changes are also likely to affect a cottage industry of companies that act as liaisons between local suppliers and sellers such as Whole Foods.

Since taking over the grocery chain in August, Amazon has looked for ways to combine the power of two well-known brands. Whole Foods stores now sell Amazon Echo devices, and Amazon has added more than 1,000 Whole Foods private-label products on its website.

It is also working to combine sales systems to eventually provide discounts to Amazon Prime members. There are already signs the efforts are paying off: Amazon sold $10 million in Whole Foods-branded products in the first four months following the merger, according to analytics firm One Click Retail.

Alexander McQueen partners with JD.com to expand in China