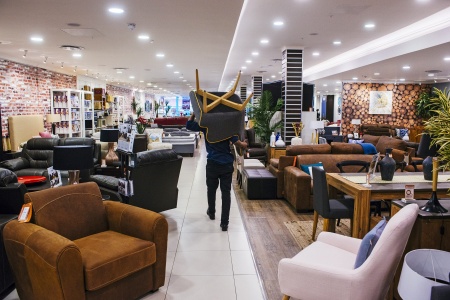 Whenever the name Enron or Northern Rock is mentioned, it’s tough not to look back and think in hindsight how obvious the signs were. But of course, only a brave and insightful few spoke up before their spectacular downfalls shook their respective nations, and indeed the globe.

In the case of Steinhoff, which is seemingly falling at breakneck speed at the moment, one of these brave and insightful voices was Theo Botha, a South African shareholder activist famed for asking tough questions of big companies regarding corporate governance. As early as 2014, he set his sights on Steinhoff, which was then in the midst of a takeover of furniture company JD Group.

In an interview published on Moneyweb.com, Botha said: “When a company wants to take over another company, surely your independent non-executive directors should be able to guide the minority shareholders to say we think this is fair deal, we think that R27.77 (£1.58) is a good price, and therefore minority shareholders should exercise their rights.

The signs were clearly there long before the German prosecutor’s office probe, which recently uncovered the still-mysterious accounting regularities that led to chief executive Markus Joost’s immediate resignation.

Despite this, the multinational retail behemoth still has life in it yet. So, what is likely to happen to Steinhoff and its 130,000 employees – many of whom work for the company’s UK fascias Poundland, Benson for Beds and Harveys?

The ominous signs of the letter from former chief executive Joost apologising for “big mistakes” have only been exacerbated by the announcement that its 2016 accounts had to be restated.

Last week interim chief executive and chairman Christo Wiese also stepped down, along with his son. Although this may appear to be Joost mark two, this could be a silver lining to an otherwise cloudy week for the retailer.

The Investment Committee of the Government Employees Pension Fund (GEPF) and the Public Investment Corporation (PIC) have both expressed their concerns of a conflict of interest about Wiese’s appointment as interim boss. His resignation represents the company’s first attempts to regain the trust of its investors.

There are a few ways Steinhoff may be able to recover. One is to reveal the off-balance sheet companies designed to hide losses, something that could potentially fall largely on Joost who has already admitted to wrongdoing.

Another course of action would be to start bankruptcy protection talks, therefore freezing its share prices. Although this would enable it to shore up finances, recovering from an 80 per cent decline in share values would be no easy task.

More than likely, Steinhoff will look to sell off some of its vast estate in order to recoup some of the billions it has made in losses.

Over the last three months, Bensons’ and Harveys’ furniture rivals Furniture Village and DFS both reported profit losses over 20 per cent. Big ticket purchases have been on the decline since Brexit, as consumer confidence and spending power both spiraled downward.

Though the scandal is still developing, somewhat spectacularly, it is hard to see how Steinhoff will not have to sell off some assets, particularly overseas.

Even if it does survive, it will likely need the immediate capital from profitable stores like Poundland, while needing to offload potentially loss-making stores like Harveys and Bensons for Beds.