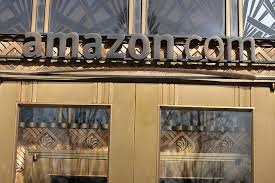 Amazon is the most popular U.S. website with international consumers this holiday season, according to MyUS, a shipping company. Amazon’s popularity is followed by Ralph Lauren, Carter’s, Gap, and the Disney Store, which takes the fifth spot, according to MyUS’s holiday shipping data from more than 400,000 members in 200 countries and territories. Fifty percent of the most popular websites consist of apparel brands and fast-fashion stores. Other brands that made the top ten list include Walmart, Nordstrom, 6pm, Forever 21, and Bath & Body Works.

The data also shows that international shoppers are buying from the U.S. more than ever with MyUS shipments up 98 percent, compared to the same period last year.

What will happen to Steinhoff and what does it mean for the UK?