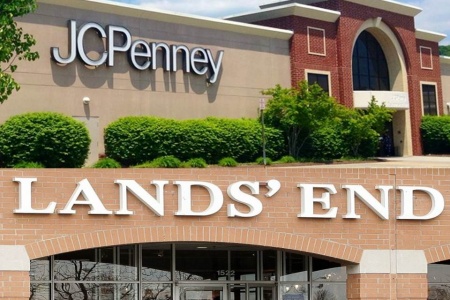 Retailers are no strangers to the brand revitalization process: Target, J. Crew, RadioShack and Burberry are just a few of the companies who have overhauled their images in recent years, with varying degrees of success. J.C. Penney and Lands’ End are running the reinvention gauntlet now, and executives from both retailers took the stage at last week’s Shop.org conference in Dallas to tell their stories.

“The biggest barrier to change is the impetus to change,” Mike Amend, executive vice president of omnichannel at J.C. Penney, said during his keynote speech. “As retailers, we’ve got to have the courage and foresight to adopt change.”

For J.C. Penney and Lands’ End, the narratives and ambitions are similar. The outcomes are anything but.

J.C. Penney’s evolution is paying significant dividends: The company has now topped earnings forecasts for over sixth straight quarters. But Amend admitted the challenges of modernizing a 114-year-old merchant brand are immense.

For J.C. Penney, constant change includes repositioning the company’s image to underline the benefits of shopping in its stores and on its digital platform. In early 2016, the company rolled out “Get Your Penney’s Worth,” a marketing campaign pledging to make every shopping trip worth the consumer’s time, money and energy. “Value players consistently win,” Amend said. “Our customers told us that their time and effort represent value, too.”

J.C. Penney is also refreshing its product assortment. The merchant continues expanding its in-store concessions partnership with beauty retailer Sephora, and it’s also brought back major appliances, introduced a new plus-size women’s apparel collection and partnered with around 200 designers to create more than 18,000 exclusive products each year across a range of categories. “Private, exclusive brands currently make up more than 50% of our sales,” Amend said, adding that J.C. Penney plans to boost sales to 65-70% over the next five years.

Amend touted J.C. Penney’s growing omnichannel initiatives, noting that more than half of all online orders now touch the company’s 1,000-plus brick-and-mortar stores in conjunction with merchandise pickup and return options.

“We believe [half] is just the starting point,” he said. “We’re now piloting ship-from-store. We want to leverage our stores strategically as expediters. We fully intend to use our stores as the standard and norm, not the exception, as it relates to online orders.”

Founded in 1963, Lands’ End is only about half as old as J.C. Penney, but the company was showing dramatic signs of age when its board of directors made the decision to shake things up. In early 2015, Lands’ End recruited Dolce & Gabbana veteran Federica Marchionni as CEO, replacing Edgar Huber, who resigned from the company after navigating its separation from Sears Holdings Corp. the previous year.

Marchionni was brought in to add style and sophistication to the Lands’ End brand, as well as boost e-commerce sales and capture a younger, more fashionable demographic. Under her watch, the company introduced slimmer-fitting designs, a new line of athletic wear, and a series of pop-up shops in trendsetting locales like New York’s Fifth Avenue and SoHo neighborhood. Marchionni also brought on a new team of executives with experience at brands like Saks, J. Crew and Bonobos to boost design and supply chain efforts, and reintroduced Lands’ End’s Canvas brand as a collection of on-trend apparel aimed at millennial shoppers.

“We’re a company loved by generations. We’re authentic, reliable and personal,” Gebhardt said during her Shop.org appearance. “But we felt we weren’t moving forward with the times. We felt the customer wasn’t quite as passionate about us as she used to be.”

“Our vision is transforming an iconic company into a meaningful global lifestyle brand,” Gebhardt said. “We had to start acting less like a company and more like a brand.”

The turnaround isn’t working. Lands’ End recently reported second quarter net revenue of $292 million, down from $312.4 million in the year-ago quarter: Direct segment net revenue declined 6.9% to $246.4 million while retail segment net revenue fell 4.3% to $45.5 million, driven by a 2.5% decrease in same store sales. And on the eve of Shop.org, Marchionni abruptly resigned, an elephant in the room that Gebhardt acknowledged in her opening remarks. But she maintained that Lands’ End will stay the course.

“Our core objectives are not going to change,” Gebhardt said. “We are well positioned to continue [the brand’s evolution].”

It’s easy to determine what’s gone right at J.C. Penney. Amend even revealed his trade secrets to the Shop.org audience.

“There are three major tests to consider before implementing change,” he said. “First, talk to real customers and always, always test change. You never know what you might learn, or what assumptions might be validated or invalidated. Second, define success criteria before you make changes, not after. And third, it all comes down to the speed of execution.”

Figuring out what went wrong at Lands’ End isn’t so simple. The Wall Street Journal reports that Marchionni struggled to convince employees to buy in to her vision, and that she alienated staffers by spending only about one week per month at the company’s Dodgeville, WI headquarters, working primarily out of an office in Manhattan’s Garment District. Perhaps most notably, sources told the Journal that Lands’ End’s board grew concerned Marchionni was making too many changes too quickly — the same problem that led J.C. Penney to oust then-CEO Ron Johnson during the early days of its turnaround in 2013.

But whatever the specifics, Marchionni’s fate is a potent reminder that change is vital, but it isn’t enough in and of itself to turn a retail brand around. Comeback stories also depend on a deep understanding of the retail brand and its customers, expert execution, compelling messaging and perhaps just a little bit of luck. If you miss on any of those, there’s a good chance you’re not going to be around to share your tale when Shop.org 2017 rolls around 12 months from now.

Walmart to expand online warehouses to compete with Amazon