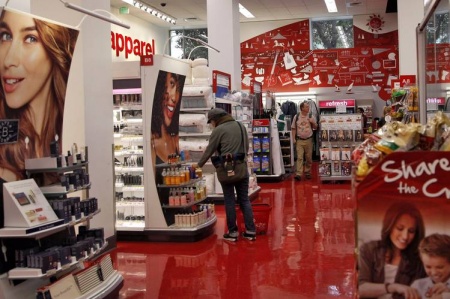 The chain is opening several smaller stores in urban areas and college towns from New York City to State College, Pa., as it battles declining traffic and sales at its nearly 1,800-strong fleet of largely suburban stores.

Near the University of Minnesota campus, Target opened a store less than 15% the size of an average store. It stocks a limited assortment of products geared toward college students, like miniature ironing boards and twin-size sheets. Ping-pong balls are near the beer. There are no children’s toys or strollers.

“We could see hundreds of these,” Chief Executive Brian Cornell said. “It could be a huge part of future growth outlook over time.”

The retail chain recently reported its first decline in existing store sales in two years and its stock has lost 13% over the past year. Mr. Cornell is trying to reinvigorate sales and better appeal to younger shoppers who are increasingly buying essentials online. Amazon.com Inc., which targets citydwellers for its Prime membership, has recently increased efforts to attract college students.

But Target is attempting to succeed where others have struggled, a sign of the limited options for brick-and-mortar retailers competing with e-commerce. Wal-Mart Stores Inc. retreated from a similar experiment earlier this year, closing more than 100 of its smaller Wal-Mart Express locations to focus on its massive SuperCenters and grocery-store-style Neighborhood Market formats.

Unlike Wal-Mart, which opened its Express stores largely in suburban and rural locations, Target is focusing on densely populated urban areas and customizing the assortment in each store to cater to local tastes.

Target executives say the retailer is ready to move away from its traditional store model to enter new markets. “We had become really good at stamping out the same store in different markets,” said Chief Operating Officer John Mulligan. “For these formats, we are rethinking everything.”

The new stores—typically less than 50,000 square feet compared with the average Target store of 145,000 square feet—are in spaces once occupied by grocery stores and neighborhood retailers. Target also wants customers to use the new stores as pickup locations for online orders, “as opposed to getting that ugly sticker from UPS or FedEx that says ‘oops I missed you,’ ” said Mr. Cornell.

One is slated to open in New York City’s Tribeca neighborhood on Oct. 5 in a space once leased out to a Fairway Market grocery store that never opened. It will sell a larger selection of baby items to target the families living in the area. The store will also have a Chobani Cafe and feature a mural by a local artist.

Mr. Cornell said the new stores are expected to start moving the needle in the company’s overall performance in 2017 and 2018. “It brings us into neighborhoods where we don’t exist today and where there is demand for our brand,” he said.

Some analysts say Target, which has a younger, wealthier consumer base, may have more success than Wal-Mart, while others say the strategy has limited growth potential.

“A store in downtown Manhattan is interesting, but is it scalable?” said Barclays analystMatthew McClintock. “Wal-Mart couldn’t make it work with a better logistical network. It makes you wonder how Target is going to succeed.”

Target began trying out urban formats in 2012. The company opened 14 CityTarget and TargetExpress stores over three years and then later rebranded them as Target. As part of its deal last year to sell its pharmacies to CVS Health, it also announced plans with CVS to develop five to 10 small stores over a two-year period.

What retailers can learn from J.C. Penney & Lands' End's turnaround