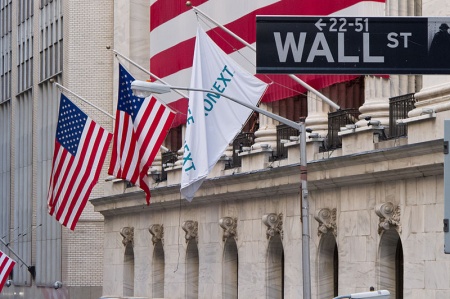 The specifics of what this election means for the retail industry will become clearer once Trump and his team produce a budget and lay out their policy agenda. But regardless of the winner, American consumers signaled they aren’t happy with the current political climate, with both Trump and Clinton facing historic levels of unfavorability. And that’s not just a problem for Trump, but for retailers, too.

“Next January is legislative spring,” David French, senior vice president of government relations at the NRF, told Retail Dive before the election. “Everyone has hopes and aspirations and dreams. I think this election has ensured that everyone’s hopes and dreams and aspirations will be grimmer and more limited than ever before.”

Trump may have won the election, but he still hasn’t won the support and confidence of a significant portion of America.

In his acceptance speech, Trump made clear he wants to unite the American people. But if Trump does not succeed in doing so, retailers can expect a “brutish” next four years.

It’s difficult to say with any clarity how Trump will govern, given his lack of a political track record and the unpredictable actions that have marked a historically contentious election cycle. But trade associations like the NRF are hopeful that a positive relationship can be formed with the future president.

NRF CEO and President Matthew Shay congratulated the election winners in a press release emailed to Retail Dive on Wednesday morning, pledging to work with Trump and the Republican-majority Congress on a “pro-growth, pro-jobs agenda.”

This has been anything but a normal election. That means trade associations like the NRF and the Retail Industry Leaders Association don’t have high hopes of passing big ambitious ideas, but they do anticipate movement in at least three key policy areas: trade, tax reform and labor. Here’s what Trump’s administration may look like and the impact it could have on retailers.

Trade policy has been a point of contentious debate this election cycle, where both candidates railed against one of the top priorities for the retail industry — passing the Trans-Pacific Partnership.

The TPP, a trade pact that would lower tariffs between the U.S. and 11 other nations trading in the Pacific Rim, has been a major undertaking of President Barack Obama’s presidency. The deal is particularly important for apparel retailers that have manufacturing plants or source materials in the region.

If Trump has been clear about anything in his campaign, it’s his distaste for U.S. trade deals. Bluntly, he has called the TPP “rape” and even slammed the North American Free Trade Agreement (NAFTA), calling it “one of the worst things that ever happened to the manufacturing industry.” While Trump has insisted he will bring manufacturing jobs back to the U.S., he has not shed much light on what trade deals might look like under his administration.

In the eyes of many retailers, tax reform is about 30 years overdue, with many crossing their fingers that 2017 will finally be the year for comprehensive tax reform — or at least business tax reform.

Trump, who touts his business background, has indicated he is very interested in pursuing such reform. During the campaign, he said he would reduce the corporate tax from 35% to 15% for small and big businesses as part of a larger plan to “bring our jobs back.”

There’s an opportunity to take action on issues like infrastructure and tax reform early on.

Analysts believe Trump will tee up a major infrastructure plan early in his administration — a plan that would be favorable to retailers, given that upgraded ports and roads are good for logistics. But RILA’s Dodge warns that “it would be a major mistake” for the next administration and the next Congress to fund such a bill through an element of tax reform.

As the largest private employer in the country with about 42 million jobs, the retail industry is greatly affected by changes in workforce policy and regulation — and most retailers would welcome a change in policy.

For years, many retailers have been unhappy with the “unrealistic” regulations coming from the Obama administration, according to the NRF’s French.

If elected, Clinton was poised to push forward and even extend his policies, such as the overtime rule. Set to go into effect on Dec. 1, the regulation will extend overtime benefits to employees making up to $47,476 in annual salary, with the current qualifying limit capped at $23,660.

Don’t anticipate Trump to have nearly as ambitious of an agenda on labor regulations, according to French. ButTrump has said the overtime rule is one of the many regulations that need to be addressed, and that rolling it back is a possibility.

Such regulations have been problematic for the employee-employer relationship: They’ve been “too far, too fast” and don’t respond to the practical realities of retailers, according to French.

For trade associations lobbying on behalf of retailers’ interests, the last four years have been a grueling fight on a one-way street, the NRF’s French said about his experience working with the Obama administration.

The biggest challenge with the presidential turnover, according to RILA’s Dodge, will be the “sheer volume of education that needs to be done to make sure that people who are making big decisions about industry priorities understand the industry and its impact on the economy and the challenges the industry faces.”

But policymaking won’t officially begin until January. For now, retailers can look forward to the holiday season as consumers distracted by the election return to their shopping lists.

Despite reports that the election has taken a big bite out of positive consumer sentiment, holiday sales are still projected to rise 3.6% this year, according to the NRF’s forecast made earlier this fall. Analysts suspect that consumers who have spent cautiously over the last few months will spend a lot more over the next few weeks in the lead up to Black Friday and Christmas.

How Target can refresh its failing grocery business