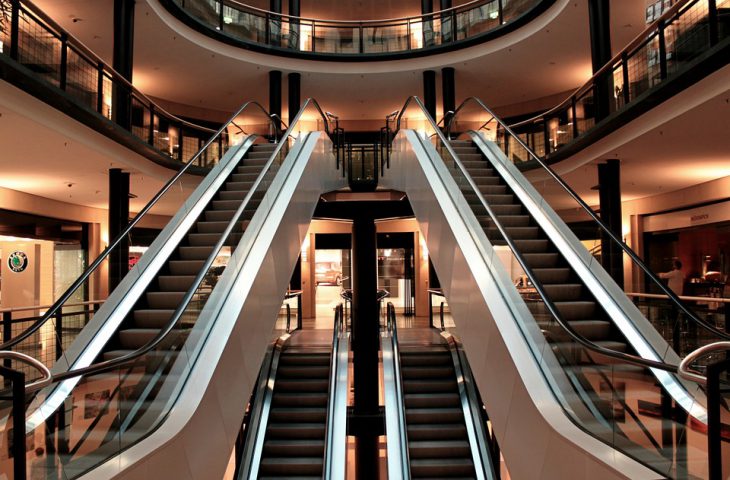 Wow! Another huge disruption coming out of McMillon’s Walmart. They seem to have one speed only: meteoric. One could say I spend too much time covering their warp speed, almost-daily initiatives. But, how can I not? As the largest retailer in the world, that could have been stuck in the old world under the sheer weight of its size and arguably antiquated culture, it found a rocket ship commander in CEO Doug McMillon who is blasting through old paradigms and not waiting for anybody. Message to employees: put your jet packs on and hope you can follow this guy or find another job. Disruption ain’t for the faint of heart. And McMillon is turning out to be the disruptor in chief, turning the lumbering behemoth into an agile, innovative startup.

Walmart’s latest announcement was made at a recent ICSC event in Atlanta. They are reimagining their enormous supercenters along with the land and parking lots surrounding them. Walmart describes its vision as a Town Center concept. They are planning to lease the underutilized space to gyms, farmers markets, food halls, in-house and free-standing restaurants like Shake Shack, Caribou Coffee, Orangetheory Fitness, skateboard parks, ice rinks, dog parks, movie theatres, bowling alleys and a myriad of other entertainment and recreational facilities.
Not every location will include all of these. And each location will be unique, developed in partnership with the communities in which they are located, with a sensitivity to the lifestyle desires of each community.

Am I Talking About Walmart? Wow!
Speaking at the ICSC event, Walmart’s VP of U.S. Realty Operations, LB Johnson said, “A transformation is underway.” That’s an understatement LB. He continued, “We are working with the local community to really master plan a vision, not only for Walmart, but shared with the municipality.”

I beat the personalization (including localization) strategy to death whenever I can. This is just another enormous example. Walmart is building local lifestyle Town Centers as compelling go-to places where consumers, particularly the emerging Gen Z cohort, will want to spend some time hanging out.

Currently they are planning for more than a dozen Town Center concepts across the U.S. in Washington, Missouri, California, Texas and Arkansas, among other states. They intend to develop their first supercenter Town Center next spring in Longmont, Colorado, which includes 12 acres of adjacent vacant land around the supercenter as well as six to eight acres of underutilized parking space.

Beginning of the End of the Word, “Store”
Stores are for storing stuff, as we commented in our co-authored book, Retails Seismic Shift. And as I have repeated in so many presentations over the past couple years, and often included in The Robin Report, the industry’s leaders need to delete two words from their vocabularies: “retail store.” When those words are spoken or written, the automatic mental visual is of a big building full of stuff. This is the biggest barrier to change. Apple SVP, Angela Ahrendts, redefined Apple stores as Town Squares. She drives that vision 24/7 in communications and reality by creating customized Town Squares as community gathering places with unique appeal to consumers in each of Apple’s locations.

Envisioning your brand and your locations as assets that can be redefined and redesigned in the community as social and entertaining gathering places (not “retail stores”) is a powerful strategy. And at the risk of creating an oxymoron by comparing Walmart’s reimagined retail stores as Town Centers, with Apple’s Town Squares…I just did.

Walmart’s LB Johnson said, “We want to provide community space, areas for the community to dwell – a farmers market, an Easter egg hunt, trick or treating. We want to provide pedestrian connectivity from our box to the experiential zones that are planned on our footprint. We want to augment these experiences and activities with more food and beverage, with health and fitness, essential services and entertainment.”

This major strategic move in the physical world also mirrors their acquisition of Jet.com and building out a long tail of cool tech-driven brands. Both initiatives are intended to compel younger, more affluent consumers. Walmart didn’t invent the necessity of this strategic vision and they are not the first to attempt its implementation. However, they are the biggest, and may very well spur an acceleration among the other major players who are defining their own strategies for building experiential communities: Macy’s, Kohl’s, Target and Nordstrom, among others. And old -world mall and shopping center developers/owners should take note.

There was also a guy named Ron Johnson who had this same kind of town center concept for JC Penney several years ago. I believed in his vision. He was just unable to pull it off. But the legacy of his prophetic vision lives on.

I believe McMillon can and will pull it off.

Levi Strauss plans IPO that values company at up to $5 billion, sources say

In the era of online the retail store is immersive theater