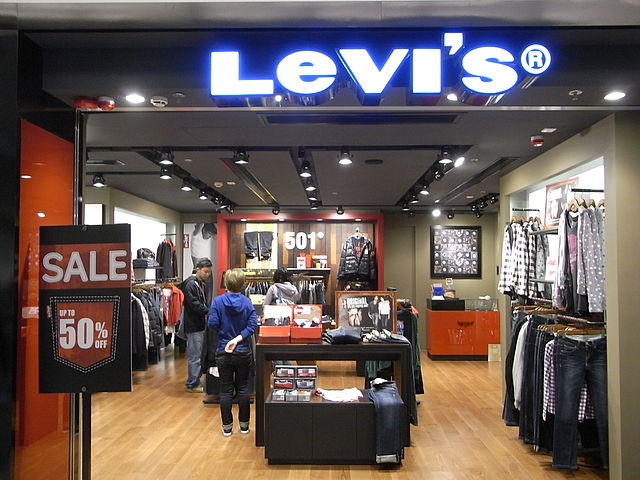 Levi Strauss & Co., the 145-year-old company credited with creating the first pair of blue jeans, is planning an initial public offering, people with knowledge of the matter said.

Levi’s is looking to raise between $600 million and $800 million and targeting the first quarter of 2019 to go public, said the people, who asked not to be named discussing confidential deal details. The company is aiming to debut with a valuation upward of $5 billion, the people said.

The San Francisco-based company has tapped Goldman Sachs and J.P. Morgan to manage the deal, although the timing and size of the offering could change, the people said.

Levi’s traces its history back to 1853 when Levi Strauss, an immigrant from Bavaria, moved to California during the gold-rush era seeking to open a West Coast outpost of his family’s dry goods business. About two decades later, one of his customers, a tailor, partnered with Strauss to patent the idea to use rivets to make a pair of pants last longer and the company was born. This led to the first pair of blue jeans, the company said.

Levi’s is currently privately held by the descendants of the family of Levi Strauss. The company’s Japanese affiliate, Levi Strauss K.K. is publicly traded in Tokyo, and Levi’s bonds are publicly traded. As a result, Levi’s reports quarterly earnings with the Securities and Exchange Commission.

Levi’s had gone public once before, in 1971, generating proceeds of about $50 million. At the time, it was one of the largest ever IPOs, even as the family maintained a large stake. But while public, profits declined as did the company’s stock price. Descendants of Levi Strauss took the company private in a $1.7 billion leveraged buyout in 1984. They then did another buyout in 1996 that acquired stock from employees and outside investors, which consolidated ownership even more squarely in the hands of Strauss’ descendants.

In doing so, though, Levi’s took on billions of dollars in additional debt right at the time when the market was changing with the advent of the internet and e-commerce, and competition was growing.

After profit declines in recent years, Levi’s is seeing its top and bottom lines rise once again. on Oct. 9, Levi’s reported revenue of $1.4 billion for the quarter ended Aug. 26, a 10 percent increase from the same quarter a year ago. Net income was $130 million, representing a jump of 45 percent. During 2017, Levi’s posted revenue of nearly $5 billion. The company has also cut its debt load in half over the last two years, filings show.

Levi’s is currently run by Chip Bergh, who has been chief executive officer and president since 2011. Before that role, he spent about three decades at Procter & Gamble.

In January, Bergh told CNBC that about 10 percent of its business is now online, and that proportion is “growing really, really quickly.” Bergh said that its wholesale dot-com business is profitable and its online owned-and-operated business is approaching breakeven.

Levi’s designs and sells apparel under the Levi’s, Dockers and Denizen brands. The company operates about 2,900 retail stores but its products are sold in about 50,000 retail locations across 110 countries.

In May 2013, Levi’s won the naming rights to the new stadium for the San Francisco 49ers, located in Santa Clara, California. The stadium opened in 2014.