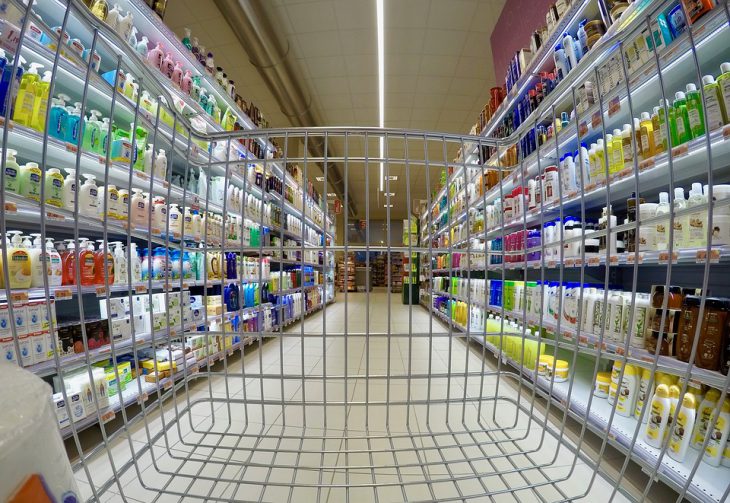 In the race to woo customers with a seamless shopping experience, Walmart Canada is adding more self-checkout kiosks and revamping its “scan and go” system where shoppers scan their items while they shop.

It appears “scan and go,” in its current form, wasn’t a “go” for many customers.

Physical retailers are scrambling to make shopping more convenient while also trying to keep costs down in an era where almost anything can be bought online. But it’s a game of trial and error where customers won’t always buy in.

“It’s a really challenging time for retailers,” said Brynn Winegard, a Toronto-based marketing and retail expert. “They’re pressed to figure out what it is consumers want as well as to drive home profitability,”

Walmart Canada made headlines last year when it announced it was rolling out “scan and go” in 20 locations.

The system requires customers to pick up a portable scanner in the store and use it to scan the barcode on their items before putting them in the shopping cart. The scanner tallies the bill and customers pay at the cashier or use self-checkout.

One year later, Walmart has quietly scaled back the system to only three stores. In the U.S., the retailer abandoned it completely.

Walmart Canada wouldn’t detail why the concept didn’t catch on except to say that it’s currently testing improvements to the technology, including a new scanner interface and added features.

“We are frequently testing and trying out new things in our business,” said Walmart Canada spokesperson Anika Malik in an email. “The way our customers shop is changing and we are constantly innovating to meet their needs.”

Malik said the same rule applies to self-checkout kiosks. She wouldn’t provide numbers, but said Walmart continues to add them to stores to offer customers more choice and convenience.

However, several shoppers complained to CBC News that their local Walmart sometimes offers no cashier option, only self-checkout, either early in the morning or late at night.

“I can just order it on Amazon if that’s what they want,” said Cody Nolan. He went to Walmart in Brockville, Ont., last week at 10 p.m. and said, much to his disappointment, no cashier lanes were open.

“I’m kind of old-school. I actually like to converse with a cashier as I do my payments.”

Last week, Ashlyn Skocdopole said she also got stuck using self-checkout for a cart full of groceries because no cashiers were open at the Sylvan Lake, Alta., Walmart at 8:30 a.m.

“It was frustrating. The machine kept going off and telling me I needed assistance.” Meanwhile, she tried to keep an eye on her two-year-old child.

Walmart spokesperson Malik said the company’s goal is to have a cashier option available at all times and that if none are open, customers can request one.

She also said many shoppers appreciate self-checkout and that the technology has resulted in no job losses. Instead, she said some employees have been re-deployed to other positions such as customer support for self-checkout.

There’s no doubt retail is headed toward a more automated format which will change the types of jobs involved and, ultimately, the way we shop.

But there will be hiccups along the way. Retail expert Steve Tissenbaum considers self-checkout kiosks, which many retailers now offer, as one of those hiccups.

“That is probably more of a stop-gap between more intellectual or more capable technology,” said Tissenbaum, a professor at Ryerson University’s Ted Rogers School of Management.

Already, retailers are testing other formats to see what sticks.

For those who still crave the human touch, Walmart and Target in the U.S. each recently launched a “scan and go” system where employees do the work.

Workers equipped with mobile devices both scan and checkout customers’ items in busy parts of the store. Customers can use debit or credit to pay on the spot.