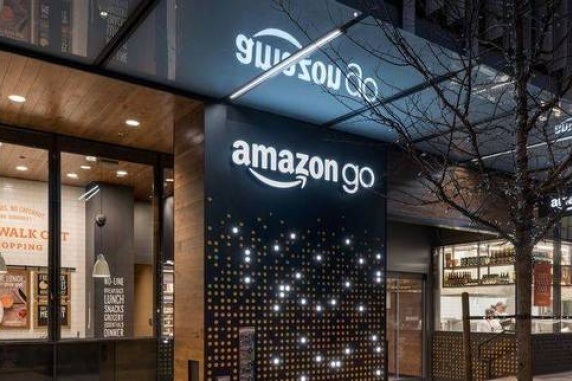 The store requires customers to scan their smartphone on the way in, tracks them with cameras and other sensors as they browse, and, when they take an item off the shelf, adds it to a virtual cart. Groceries are charged to the customer’s Amazon account when they leave with their goods. The store is open to anyone with the Amazon Go smartphone app and a linked Amazon account.

Amazon Go is among the boldest efforts by the online retailer to reshape brick-and-mortar shopping. For a pocket-size, 1,800-square-foot convenience store that hasn’t technically opened to the public, the concept has had an outsized influence on the retail industry since its surprise unveiling in December 2016.

The concept, which Amazon has termed “Just Walk Out” shopping, sparked speculation that Amazon could use its high-tech concept as a beachhead to expand into convenience stores or perhaps other categories of physical retail. It was also criticized by grocery-store workers’ unions, which feared an effort to automate the work done by cashiers, the second-most-common job in the U.S. Amazon has said the goal isn’t to make retail employees redundant, but to offer convenience you can’t get from a sometimes-crowded deli or corner store.

A visit last week to the store, occupying a corner of the ground floor of Amazon’s Day One skyscraper at the corner of Seventh Avenue and Blanchard Street, offered a demonstration of the concept shortly before the lunchtime rush of Amazon employees. A few workers stocked shelves; others milled about, ready to help customers with questions. One employee stood sentry near the corner with beer and wine, to check IDs. In a kitchen in the back, a half-dozen staff members were at work slicing vegetables for the sandwiches, salads and other take-away lunch options on shelves at the front of the store.

Gianna Puerini, the Amazon vice president who oversees Go, said in an interview that the aim is for the store’s prices to be competitive with other markets. At first glance, prices seem comparable to small stores. The range of items available lands somewhere between that of a small gas-station convenience store and a mainline grocer. Amazon had four varieties of coconut water on hand, but there is no hot food selection, and few items beyond snacks, drinks and basic groceries. “It takes selection, price and convenience,” Puerini said. “I think we’re delivering on all three.”

Of course, Amazon Go isn’t the company’s only experiment in physical grocery retail. Amazon spent about $13.5 billion last year to scoop up more than 460 Whole Foods locations. Also last year, the company opened two Seattle sites for an experimental curbside grocery delivery program, and, though it was recently scaled back, the Amazon Fresh branded grocery delivery service is still being offered.

Few expect Amazon’s first Go store to be its last. “We’d love to open more,” Puerini said, but she stopped short of announcing any expansion plans.

The 20 cities Amazon is considering for its second headquarters