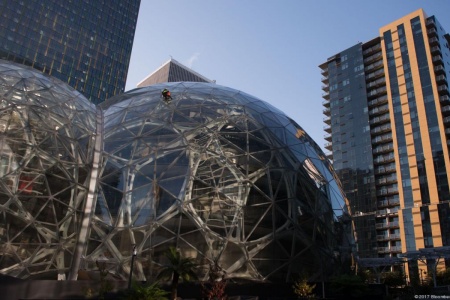 Amazon announced on Thursday a list of 20 cities and municipalities that it is calling finalists to host its second headquarters, or HQ2, though the surprises were few and far between.

The list includes a bunch of the biggest cities on the East Coast and in the Midwest, such as New York, Chicago, Philadelphia, Indianapolis, Boston, Atlanta, Miami and Washington, D.C. Bloomberg reported in September that several Amazon executives were pushing Boston as the desired choice. Toronto was the one non-U.S. city on the list.

The finalists also include the growing tech hub of Denver, as well as Raleigh, N.C.; Columbus, OH; Newark, N.J.; and Austin, Texas, which some see as a top favorite because of the pipeline of young talent in the area as well as being the home of Amazon subsidiary Whole Foods. Detroit, which some thought would be a feel-good choice for Amazon to pursue, was not selected as a finalist.

Amazon announced in September that it was looking to build a second headquarters and was requesting proposals from any municipality in North America. The company promised up to 50,000 well-paying jobs as well as an indirect economic boom in the chosen area. In exchange, it wanted financial incentives like tax breaks.

The contest for a second headquarters location drew a deluge of pitches from cities large and small, each offering all kinds of incentives but mostly in the form of tax breaks. The finalists announcement will likely stoke even more competition among the remaining 20 cities.

Amazon said the chosen location would have to have a talented workforce that was already based in the area, as well as good public transportation infrastructure and easy access to major airports.