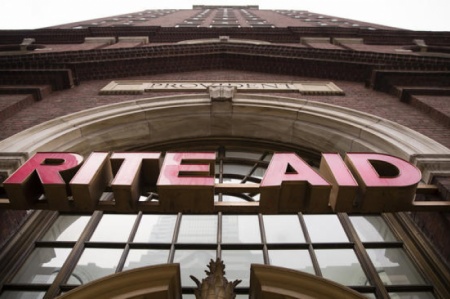 From the beginning, starting in October 2015 when the merger plan was first announced, Walgreens Boots Alliance CEO Stefano Pessina has been adamant about making the deal happen, and the companies have been sweetening the pot in recent months to move along the process. Speaking to analysts in January, Pessina said the company had “no plan B” if the merger were to be scuttled. Later that month, at Walgreens’ shareholders meeting, he said the organization was “actively engaged in dialogue with the FTC” and declared, “We’ll do anything we can to support their work.”

Today, “plan B” it is. The acquisition faced intense scrutiny by antitrust officials, and earlier this month it became increasingly clear that one solution from the drugstore rivals — a spinoff of Rite Aid stores to Fred’s — wouldn’t pass muster with them. That deal with Fred’s came as a surprise to some analysts because it wasn’t clear how the smaller pharmacy chain would raise the funds. Without the viability of that deal, there wasn’t likely to be enough competition in the drugstore space to ease the FTC’s concerns.

Fred’s on Thursday said that, though disappointing, the merger’s failure wouldn’t interrupt its expansion strategy. “While the acquisition of additional stores was an opportunity for growth, we always viewed it as a potential outcome that would accelerate our transformation, not define it,” Fred’s CEO Michael Bloom said. “We are as confident as ever that we have a strong team and the right strategy in place to drive long-term growth and profitability, and to enhance value for our shareholders. We are excited about what we have accomplished and are optimistic about the future.”

Rite Aid also sought to emphasize that it will do well by the new agreement. “While we believe that pursuing the merger with WBA was the right thing to do for our investors and customers, this new agreement provides a clear path forward and positions Rite Aid as a strong, independent, multi-regional drugstore chain and pharmacy benefits manager with a compelling footprint in key markets,” Rite Aid CEO and Chairman John Standley said in a statement. “The transaction offers clear solutions to assist us in addressing our pharmacy margin challenges and allows us to significantly reduce debt, resulting in a strong balance sheet and improved financial flexibility moving forward.”

The new deal to take on stores does not include a breakup fee in the event the FTC blocks it, which Rite Aid executives acknowledged was possible in a conference call with analysts on Thursday. It does carry a two-year noncompete clause that precludes Rite Aid from opening new stores in the areas of the stores it is selling to Walgreens.

The  deal will also mean a lot less debt for Walgreens, Moody’s Investors Service noted on Thursday in an email to Retail Dive.

“The new asset purchase agreement to buy 2,186 Rite Aid stores and three Rite Aid distribution centers for $5.175 billion and the $325 million termination fee paid to Rite Aid will not require Walgreens to issue any incremental debt as it has sufficient cash balances to finance the transaction and continues to generate healthy free cash flow,” Moody’s Vice President Mickey Chadha said in an email to Retail Dive. ”Rite Aid intends to use majority of  the proceeds to reduce its debt burden and  provided the companies gets FTC approval for the new transaction we expect the asset purchases to be consummated over a period of time and completed over a six-month period.”

But GlobalData Retail managing director Neil Saunders slammed the FTC’s involvement in an email to Retail Dive as indicative of “the government’s complete lack of understanding of how the retail market works in practice” and the drawn-out process as “a colossal waste of resources and effort.”

“Walgreens has to pay out a $325 million termination fee to Rite Aid, and all parties — including Fred’s, which was due to acquire some Rite Aid stores — have invested time and money with very little to show for it,” Saunders said in the email. “When it comes to retail matters, we believe [the FTC] to be both inefficient and ineffective. Its previous decisions, such as the instance that Dollar Tree disposes of Family Dollar stores during acquisition, and that Albertsons-Safeway sells off stores during their merger, have resulted in failure. In both cases, the spin-offs, designed to provide more choice to consumers, went bankrupt and ended up back in the hands of larger players.”

But rival CVS Health, which was set to be dethroned as the nation’s largest drugstore retailer if the merger had proceeded, had reportedly warned the FTC that the Safeway deal actually served as a cautionary tale here.

Financially, the deal is good for Rite Aid, Saunders noted. But it’s now a question how the retailer will fare as a much smaller entity. ” After the deal, the group will have 2,337 stores, around half the number it has now,” he said. “This will be punishing on economies of scale, especially for a company that is already struggling to turn a profit even before interest payments are taken into account. The answer lies in the agreement with Walgreens, which will allow Rite Aid to become a member of Walgreens Boots Alliance’s group purchasing organization. In our view, this will be highly beneficial and will allow Rite Aid to improve pharmacy margins drastically.”

Walgreens will also make out well under the new tie-up, which, Saunders notes, also will face antitrust scrutiny. “For Walgreens, the deal allows it to boost both the top and bottom lines at a time when growth is harder to come by,” he said. “While the deal is not the deal of choice for either Walgreens or Rite Aid it is a good compromise that brings benefits to both parties. Ironically, it is also one that means Rite Aid will effectively become a part of Walgreens network, albeit with a degree of operational and managerial independence. Of course, all of this remains subject to approval and all eyes now turn to the FTC for its decision on this latest move.”

Alibaba to Invest $1 Billion in Lazada to Speed Asian Drive