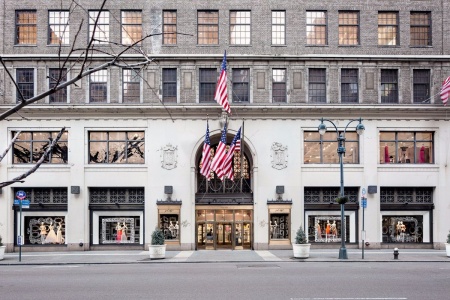 The world’s largest retailer will start offering higher-end clothing and
accessories from Lord & Taylor to its customers in spring 2018.

The
partnership will allow Lord & Taylor to open a virtual storefront
on Walmart.com and boost customer traffic to its website by reaching a
wider audience. It will boost Wal-Mart’s online assortment with premium
products and advance the retailer’s effort to access millennial
customers who usually do not shop on Walmart.com.

In the past year, Wal-Mart has been
acquiring small online fashion brands like Shoebuy, Modcloth and Bonobos
in an attempt to recover lost ground against Amazon and others in the
online fashion world.Wal-Mart is the world’s largest
brick-and-mortar clothing retailer, with 2016 sales for that category
exceeding $23 billion, according to retail think tank Fung Global Retail
& Technology.

But despite its store muscle, Wal-Mart has
failed to replicate that success online. It has not only struggled to
attract the type of affluent young consumers who tend to shop for
clothes online but due to its low-income customer base and brand
perception, has also faced challenges in persuading well-known apparel
brands to sell on its website.

Amazon leads the U.S. online
clothing and footwear market with sales of $13 billion in 2016, up $9
billion from five years ago. It is expected to triple its share of the
U.S. apparel market over the next four years, according to data from
Euromonitor and Forrester.Virtual storefronts have become a
strong e-commerce tool with retailers including Amazon.com Inc and
Alibaba Group Holding Ltd routinely offering dedicated space to brands
on their website.

Virtual stores are also a preferred route for
U.S. retailers to enter new countries where they don’t have operations.
For example, Macy’s in 2015 said it would enter China with a virtual
store on Alibaba and test demand in that market.

Target's 'next gen' store caters to 2 types of customers