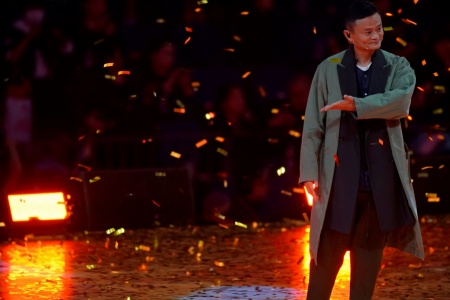 Alibaba has set another Single’s Day record after the e-commerce giant sold over $25 billion of product on the Chinese biggest online shopping date.

The full number comes in at 163.8 billion RMB, that’s roughly $25.3 billion, in GMV — that’s “gross merchandise volume” which is used to measure a dollar value for all sales on a platform. In Alibaba’s case, that predominantly means its Taobao marketplace and Tmall brand store although it does offer sales via its international services and it ships worldwide. All told, Alibaba handled 1.48 Billion transactions during the 24-hour period.

For comparison, Alibaba’s Single’s Day haul puts America’s largest shopping days in the corner. Retailers pulled in a record $3 billion on Black Friday and then $3.45 billion on Cyber Monday, both of which were records.

The year’s numbers also signal a return to growth for Single’s Day (11/11) sales, an important area that investors will look at and Alibaba needs to show progress on.

While the jump isn’t as much as the 60 percent Alibaba saw yearly from from 2013 to 2015, it is up on last year’s 32 percent which is impressive given the scale that the event has reached today and the growth that Alibaba’s business has seen since then.

The holiday began as a promotion for TMall started by current CEO Daniel Zhang, who was then in charge of the business unit, as a way to make single people feel less lonely, but it has since blossomed into the world’s largest single shopping date by some margin.

This year’s 11/11 got off to a fast start with around $7 billion of goods sold in the first 30 minutes of the day alone. Alibaba went on to surpass last year’s $18 billion total after just twelve hours of sales.

Another important metric is mobile. Not only does a higher number mean that Alibaba is reaching new/newish internet users, but mobile users tend to be more engaged which is obviously an important goal.

Among the many stats released by Alibaba, the following stand out: