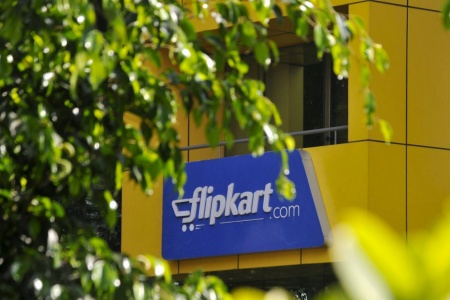 Wal-Mart Stores Inc. is in discussions with Flipkart Ltd., India’s largest e-commerce company by sales, about investing in the startup, according to a person familiar with the situation.

If the two sides agree on some way to join forces, Wal-Mart could gain a better foothold in Asia’s third-largest economy, a market that has long eluded the world’s largest retailer. It would also give Flipkart much-needed capital and a powerful partner in its battle againstAmazon.com Inc. to become the dominant online retailer of the South Asian nation.

Some investors valued Flipkart at $9 billion this year, according to a banker familiar with the company. That compares with a $15 billion valuation when it gained investor funding last summer.

Flipkart held discussions with Chinese e-commerce company JD.com Inc. for a possible investment a few months ago, but that didn’t result in a deal, a person familiar with the matter said.

A Wal-Mart investment in Flipkart would be in line with a recent shift in the retailer’s e-commerce strategy aimed at remedying years of sluggish online growth and competing with the increasingly formidable Amazon.

Earlier this month, Wal-Mart completed its acquisition of U.S. online discounter Jet.com Inc. for $3.3 billion, the largest-ever purchase of an e-commerce startup. In June, Wal-Mart sold its Chinese e-commerce business to JD.com, the second-largest online retailer in China after Alibaba Group Holding Ltd., in exchange for a 5% stake in JD.com.

Wal-Mart’s e-commerce sales last year reached nearly $14 billion, or 3% of its total revenue of $482 billion, but quarterly e-commerce growth has slowed in recent years. Amazon’s revenue was $107 billion last year, including its web-services business, its growth outpacing that of Wal-Mart.

Analysts say a Flipkart investment could help Wal-Mart make inroads in a country that has otherwise been challenging for the Bentonville, Ark.-based retailer’s brick-and-mortar operations.

In 2013, after years of lobbying for greater access to India’s 1.2 billion consumers, Wal-Mart shelved plans to build supermarkets in the world’s second-most populous nation, saying the rules for the venture were too tough. Indian law requires that foreign retailers source at least one-third of their merchandise locally. Wal-Mart currently operates 21 wholesales stores in India, none of which are allowed to sell directly to consumers.

For Bangalore-based Flipkart, which blossomed into India’s largest e-commerce company from a small online bookstore, a Wal-Mart alliance would bolster its fight against Amazon and other Indian competitors, such as Jasper Infotech Pvt.’s Snapdeal.com.

Amazon, Uber Technologies Inc. and other startups have turned to India—one of the last big untapped frontiers for big global brands—as China’s economy slows. Some experts estimate that about 50 million people, or 4% of India’s population, regularly shops online, but believe the market will someday bloom as China’s did. Morgan Stanley predicts Indian online sales will hit $100 billion a year by 2020, up from $3 billion in 2013.

Flipkart and other Indian startups, however, have been finding it tougher to raise money in recent months as investors tighten the purse strings. Indian e-commerce startups have burned through millions of dollars funding deep discounts on everything from smartphones to shoes, and analysts expect a shakeout in the sector.

Meanwhile, Amazon said earlier this year it planned to invest an additional $3 billion in India, taking its total investment in India to $5 billion.