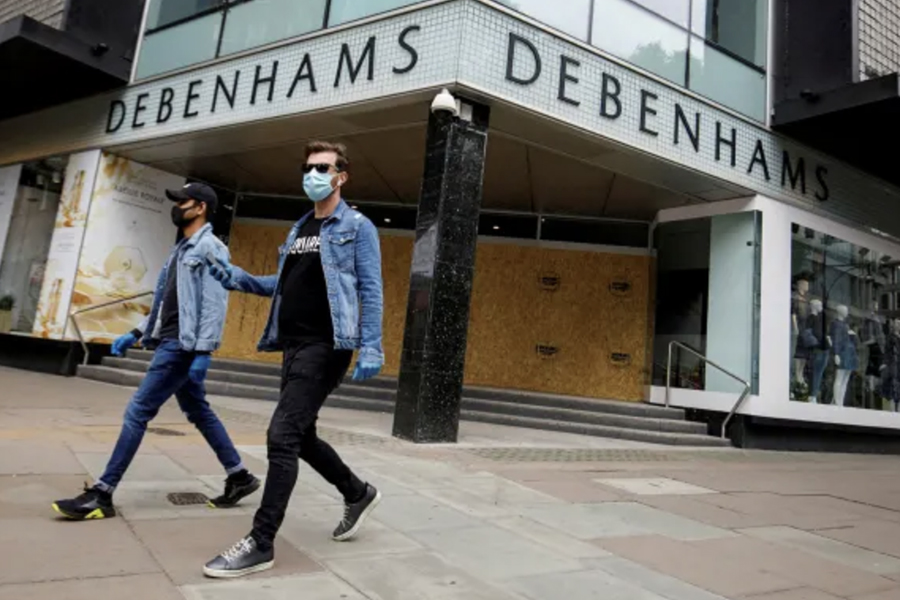 In Émile Zola’s 1883 novel Au Bonheur des Dames, the department store that forms the backdrop for the intrigues expands steadily as the story unfolds. If Zola were writing today, it would probably be dressing the windows for a closing down sale. Department stores are in retreat across the world.

The “cathedrals of commerce” erected at great expense in the 19th and 20th centuries are widely regarded as a concept whose time has passed — hobbled by their high fixed costs and unable to compete with the “endless aisle” of the internet. Covid-19 has only accelerated this decline. Earlier this year, Debenhams pulled down the shutters on the last of its 124 UK stores, marking the end of more than 200 years of retail heritage. Dozens of independent operators have closed. Even John Lewis, regarded as the most financially conservative of the main UK chains, has shut eight of its 50 stores since the pandemic and announced a further eight closures.

That has left large holes in the towns and cities of a country that embraced the department store like few others.

“They were known as anchor stores and they gave places character and status,” says Professor Cathy Parker at the Institute of Place Management at Manchester Metropolitan University. “Having something like a Harvey Nichols put you at the top of the retail hierarchy.” In shopping malls, they typically pay low per-square-foot rents in recognition of their role as drivers of footfall; other tenants benefit from the pulling power of department stores that offer everything from beauty to homewares.

That same principle operates in city and town centres, where councils in the UK have gone to great lengths to retain department stores as tenants despite the condition of local government finances. And the current evidence suggests that the largest department stores in the most prestigious locations will survive. At the time of writing, the group that includes London’s Selfridges store was up for sale with a £4bn potential price tag — more than six times what its current owners paid for it in 2003. Meanwhile, some others will be converted to serve alternative business purposes, including leisure, office space, residential and hospitality — especially where they occupied standalone buildings in prominent locations.

For example, the Jenners building on Edinburgh’s Princes Street — ironically owned by the one of Europe’s richest ecommerce tycoons — is to become a hotel with a smaller department store on its lower floors. Rackhams in Birmingham will also become a mixed-use facility, incorporating office space, retail, hospitality and public space. In Exeter, the former House of Fraser is to reopen as a hotel. But such changes of use will not work everywhere, even after the UK government recently changed the law to remove some planning obstacles. Michael Murray, who oversees property strategy at Frasers Group, says the cost of conversion is often prohibitive, especially where commercial property prices are lower.

“You end up with effectively a negative land value as a result.” Mark Williams, at regeneration specialist Rivington Hark, says that if you drew a line from Bristol to The Wash, in England’s East Anglia region, “north of that line you will probably need some kind of local authority intervention to make the sums add up . . . Doing something like a hotel conversion is very challenging even if the land values are enough to make it worthwhile.” Tony Brown, who ran the regional department store chain Beales until its collapse in early 2020, agrees with Murray that the model can still work — if it is radically rethought. For him, that means smaller stores — “not much more than 30,000 square feet” — and lower costs.

“The capital intensity of the old department store model was simply too great,” he says, due to the high operating costs and the working capital needed to maintain levels of own-bought stock. Brown has resurrected the Beales name, opening stores in Poole and Peterborough, but with key differences.

The ground-floor “beauty hall” — long considered a department store must-have — is gone. “The economics of cosmetics, in particular, were dreadful,” he explains, citing the weak profit margins and the onerous conditions imposed by beauty brands which are now under pressure from online-only upstarts. A less visible but equally important change is that almost all revenue in the new stores comes from commissions on sales made by brand partners from their in-store sales areas. This avoids tying up capital in stock — the brands own the inventory — and the need to employ armies of buyers and merchandisers.  Brown says the model is scalable and he plans, eventually, to have five stores in provincial towns and cities. But he acknowledges that the rapid store rollouts of the past are well and truly over.

“I don’t think you’ll ever see a 150-store chain like Debenhams again. But there will be operators like us, with a small number of smaller stores.” For Parker, town centres need to be less focused on retail. “In future, we need to build space that is more adaptable, otherwise we will keep ending up with these white elephant buildings.”