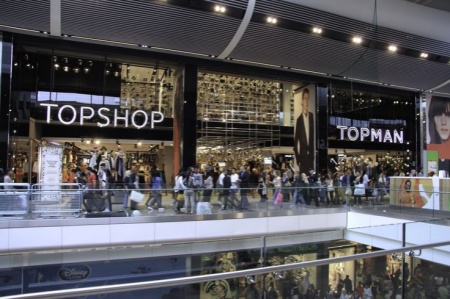 Topshop and Topman will open five physical stores in China and maybe up to 80.

Sir Philip Green, majority owner of Arcadia, said the move is “the start of a unique, exciting and exclusive partnership that will cement Topshop and Topman’s mission of becoming truly global businesses”.

Topshop is Arcadia’s star brand, having a similar status to that of Zara in rival Inditex’s broad portfolio. However, unlike Zara, Topshop, and its Topman offshoot, is still relatively small scale when it comes to international expansion.

It has only 620 directly-managed and franchised stores spread across 40 countries, but the UK remains its largest market. There are currently over 2,000 Zara stores worldwide.

Yet as a key tourist destination for visitors to London, Topshop clearly has a high international profile and analysts see huge potential in a faster global rollout.

In announcing the new Chinese partnership, Arcadia did not say who would own the new stores, although it did say they will be jointly managed by the two firms.

It will be a welcome distraction for Sir Philip who has been in the news this year more for his actions over failed retailer BHS than for Topshop and has seen widespread criticism and personal attacks both in the British parliament and the press.

The criticism came after the consortium to which he sold BHS for £1 proved unequal to the task of running the chain. It collapsed in the summer and Sir Philip has been under pressure to pump cash into the pension scheme to fill its current black hole.

Lidl to open 250 stores in London