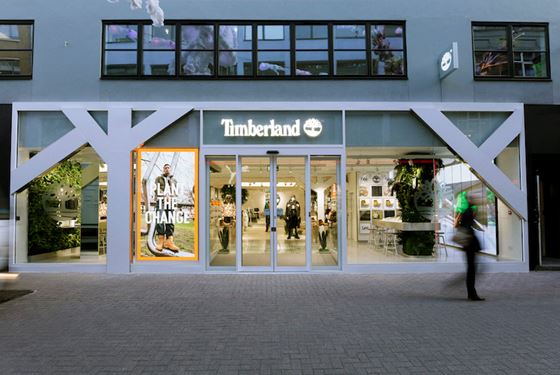 Timberland has just opened a store on London’s Carnaby Street after relocating from Regent Street and the new outpost is ‘purpose-led’, according to the company. The translation for this turns out to be a store whose interior seeks to emphasis ‘urban greening’ and to urge us all to do more about being eco-conscious.

That said, it is also a store and one in which the primary concern will be to shift the brand’s signature boots, probably personalised at the ‘Design Your Own’ station, that forms part of the interior blueprint. 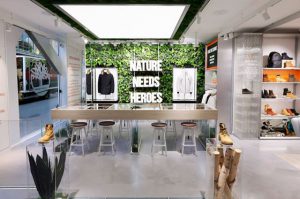 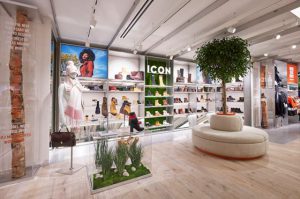 Designed by London consultancy Dalziel & Pow, one of the major features of this store is the use of lighting that emulates daylight, of which there is already a fair amount thanks to large windows and the space has a brighter palette when set against other Timberland branches.

Other elements in the 2594 sq ft single-floor space include potted trees, a full-height living wall and digital screens (which, one must assume, are low energy) highlighting the Timberland ‘Nature Needs Heroes’ manifesto. Two other ‘purpose-led’ stores are set to open before the end of the year, in Philadelphia and New York, with the template serving as a model for future stores. 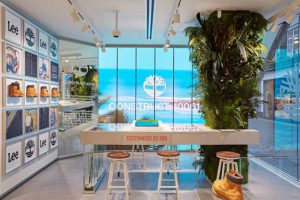 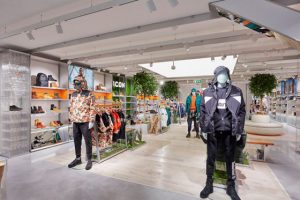