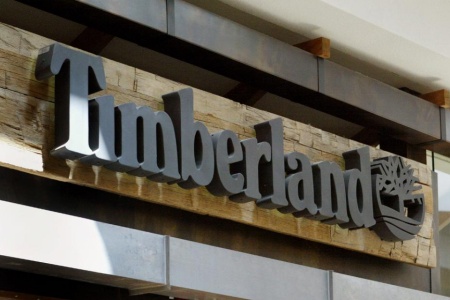 Famous for its iconic yellow boot, designed by Timberland’s founder Nathan Swartz and introduced in 1973, Timberland initially became the work boot of choice for rugged outdoorsmen (and outdoorswomen in 1984) and blue-collar workers. Then in the 90s Timberland boots were adopted by the hip-hop crowd, and became “the” footwear for urban hipsters both in the States and across the globe.

After growing to a global footprint of some 260 stores, including 16 full-priced branded stores and 41 outlets, Timberland is striking out to blaze a new trail at retail with two new initiatives: a “flex retail” concept to pop-up stores where and when its customers need them and a new experiential concept store called TreeLAB.

Early signs are that Timberland is onto something. It may have discovered a path out of the impending retail apocalypse. As Ralph Waldo Emerson said, “Do not go where the path may lead, go instead where there is no path and leave a trail.” That is exactly what Timberland plans to do.

Speaking to the need for retail innovation and how Timberland is addressing it, Kate Kibler, Timberland’s vice president of direct-to-consumer retail, said, “The thing with retail today is every store shouldn’t be the same. Every store can’t be the same. This isn’t the retail of our fathers. This is a new day.”

She stresses that retail concepts need to continually evolve and Timberland is answering that need. “A couple of years ago you created a store design and then rolled that store designs to 1,000 stores and every store experience was exactly the same. That can’t be retail anymore. Look where it’s gotten us? Retail must factor in specific markets. Conventional retail wisdom would say let’s do more of the same and make it successful. That one-size-fits-all approach is thing of the past,” she said.

Timberland’s new “flex retail” pop-up concept launched first in
Bloomington, MN Mall of America as a pop-up store early in September,
followed by locations in Atlanta, Detroit, Long Island and Quuens, NY.
“Our ‘flex retail’ stores are about being fast and light and being there
for the consumer when they need us,” Kibler explained. “Flexible retail
has been exceeding expectations since opening.”