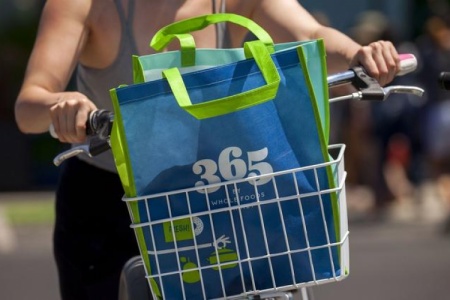 The 30,000-square-foot store, announced early last year, was originally scheduled to open in November. But with Amazon’s acquisition of Whole Foods came uncertainty on whether the company would stay committed to the 365 model, which has lower profit margins but could draw shoppers on a tighter budget. The Evergreen Park location would be the first 365 store in the Chicago area.

Michael Bashaw, Whole Foods’ Midwest region president, said Friday that Whole Foods and Amazon executives decided Thursday to move forward with the 365 store in the redeveloped Evergreen Plaza mall and use the concept for all small-format locations going forward.

“We’re still going to do 365 stores. The reality is they’re not a big deal. They represent a tiny portion of our business and are therefore a flyspeck of Amazon’s business,” Bashaw said.

But the two companies had to wait until after the merger, which closed Aug. 28, to discuss the matter because of U.S. Securities and Exchange Commission rules that limit what can be discussed during the acquisition process, Bashaw said.

The company is learning from the 365 openings and making adjustments to product assortment and store design as needed, Bashaw said. Compared with a typical Whole Foods store, 365 stores have fewer employees, lower prices and not as many “bells and whistles,” he said.

“There could come a time when we will go faster (on opening 365 locations) but we’re still tweaking the model,” Bashaw said.

It’s still not clear when the Evergreen Park store will open. Construction on the interior of the store likely will begin in a couple of weeks, Bashaw said, but there’s no projected opening date yet.

Earlier this summer, Evergreen Park Mayor Jim Sexton said he didn’t know whether Whole Foods would open a 365 store or a traditional Whole Foods in the mall.

On Friday, Sexton said he was happy and relieved to find out it would be the former.

The Consumers of the Future: Influence vs. Affluence