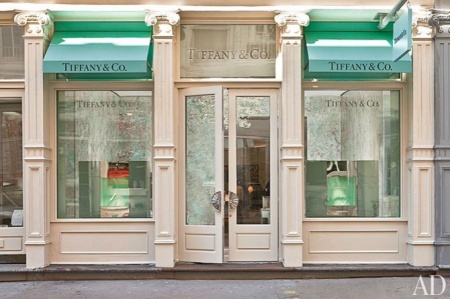 Tiffany & Co (TIF.N) missed analysts’ estimates for same-store sales in the fourth quarter and forecast a tepid full-year profit, indicating that its efforts to turn its business around are still gaining traction.

The company’s shares fell as much as 7.5 percent to a three-month low of $95 in morning trading on Friday.

Tiffany, which has suffered several quarters of declining sales, has been taking a number of steps to diversify its sources of revenue by introducing cheaper silver jewelry as well as everyday home items to appeal to a wider customer base.

Chief Executive Officer Alessandro Bogliolo said the investments were taking a toll on the company’s earnings.

Former Bulgari SpA executive Bogliolo, who took over as CEO in October, said that the company has a “lot to do” with its products outside jewelry.

Same-store sales, on a constant currency basis, rose 1 percent in the reported quarter, compared to analysts’ estimates of a 2.8 percent rise, according to Thomson Reuters I/B/E/S.

“We still have a long way to go,” Chief Financial Officer Mark Erceg said on a call with analysts on being asked about the company’s same-store sales.

On a constant currency basis, comparable store sales in Europe fell 8 percent in the quarter, dragging down overall numbers.

“That was their strong hold,” said Jane Hali, CEO of retail investment research firm Jane Hali & Associates. “It was the U.S. that was the problem not international, we never had to worry about international …. This is not good at all.”

Net earnings fell to $61.9 million in the fourth quarter ended Jan. 31, from $157.8 million, a year earlier, largely due to a charge related to changes in the U.S. tax code.