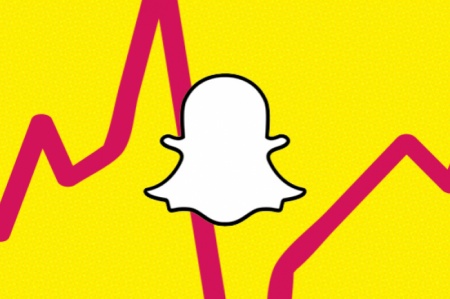 1. How brands have been purchasing

Three product sectors—activewear, CPGs and consumer electronics—have accounted for 57 percent of all ads L2 observed on Snapchat Discover, its channel for publishers, from Jan. 15 through Feb. 15.

More specifically, the leading brands in each vertical owned the majority—57 percent—of the advertisements L2 saw in Discover.

Here’s how they break down sector by sector:

2. A Super Bowl with Tastemade
Leading up to Super Bowl 50, PepsiCo pushed its Doritos and Pepsi products heavily on Tastemade’s Snapchat’s Discover channel, L2 said. The beverages/snacks giant’s leaned on content from its Gameday Grub Match effort, where three YouTube chefs and their teams concocted recipes for the Big Game.

That extensive effort, per L2, accounted for 18 percent of all advertising on Snapchat observed during the 30-day period around the Super Bowl.

“Regarding PepsiCo’s significant advertising, I don’t think it should be surprising,” said Garett Levy, research analyst at L2. “Currently, Snapchat still has a high barrier to entry with expensive upfront costs, allowing the platform to remain relatively uncrowded and reward brands with deeper pockets.”

Additionally, here is a chart showing L2’s estimates on Snapchat ad prices and placements, which should interest media buyers new to the ephemeral app:

Meanwhile, Snapchat promises to become even more important for brands during the next several months as it matures as a marketing platform. In fact, Digiday reported on Wednesday that an algorithm was in the works for Snapchat.

New Zealand, Countdown brings in click and collect at all its supermarkets