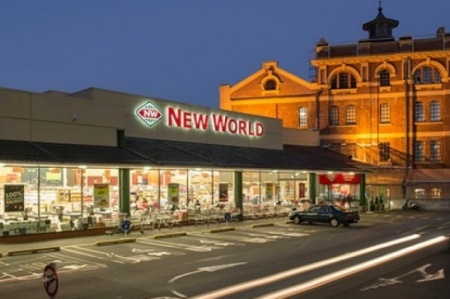 Countdown said that from Monday  customers would be able to buy their groceries online and collect them at any of its stores around the country for a $5 fee.

It said more than 80,000 shoppers already used its online shopping service regularly and handled more than 20,000 online orders a week.

Foodstuffs has already announced that it plans to roll out delivered and click and collect grocery services from October, although it would take time to become a national service

But Countdown has been in the game for 20 years, and its national online manager Tony Petrie said he expected the number of online shoppers to grow significantly thanks to innovations Countdown was bringing into the online shipping space.

He expected it would be particularly welcomed by mothers.

“It saves time, can help with budgeting and means no more stressful shopping trips with the kids in tow,” he said.

Lockers were being installed in some stores, offering room temperature and refrigerated storage to keep orders fresh until they were collected.

Foodstuffs, the owner of the New World, Four Square and Pak ‘n Save brands, told Stuff.co.nz last week that it planned to begin offering its online shopping services first in the North Island and then in the South.

It would start with New World supermarkets and Pak ‘n Save would follow, but only with click and collect.

Foodstuffs North Island chief executive Chris Quin said trials with its Thorndon and Levin New Worlds over the last two years had shown that about 60 per cent of online customers wanted delivery and 40 per cent wanted “click and collect”.

“We’ve learned that online customers order probably three to four times a larger basket then they do when they’re physically shopping, so I think what that means is customers get themselves more organised when they go online shopping,” he said.

Quin said online grocery shopping was a concept which had reached critical mass.

“Seventy-five percent of New Zealanders are now buying at least once a month online.”

The top-spending retailers on Snapchat