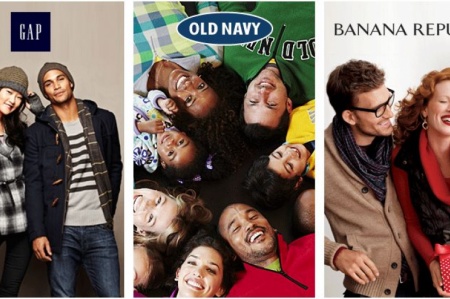 The latest closures, while they represent a small part of the company’s global stores, plus the S&P downgrade, are the latest signs of trouble as Gap Inc. CEO Art Peck tries to find the key that could unlock some success, somewhere.

Gap has been struggling to produce apparel that appeals to shoppers, which has left it particularly vulnerable to the issues facing much of the sector, like bloated inventories of winter gear due to unseasonably warm weather.

S&P said its move reflects “our view of the company’s weakened competitive position in the challenging apparel retail space.”

For years Old Navy had been lifting Gap’s fortunes, but has lagged in recent months. The company reported revenue of $3.44 billion in the most recent quarter, down from $3.66 billion the year before. Sales at stores open more than a year were down 3% at Gap stores, and 6% at Old Navy stores. The departure of Old Navy president Stefan Larsson, who was credited with revamping the brand’s supply chain to bring in better selling styles more swiftly, for Ralph Lauren earlier this year seems to have to hurt the brand’s momentum.

Even before Larsson’s departure, Gap has reshuffled its executive ranks to mixed results. Its high-profile appointment of Rebekka Bay, brought on to help the retailer with its fashion mix, proved short-lived when Peck let her go last year.

Gap said in March it’s entering April with more inventory than planned, which will hurt its Q1 gross margin rate as it has no choice but to continue to slash prices to woo shoppers.

This week Peck said the retailer would seek out new third party channels to move its apparel and that it would be “delusional” not to consider Amazon in that mix. But on Twitter, Forrester Research retail analyst Sucharita Mulpurusaid that it would be “idiotic” for Gap to sell on Amazon, and that Wal-Mart, Target and Costco would all be better choices.

Expanding on her tweet, Mulpuru told Retail Dive that, considering Amazon’s reputation for mining data from suppliers so it can ultimately offer similar products for cheaper and/or better, “Gap selling on Amazon is letting the fox in the hen house.”

“There’s no good that will come of it,” she told Retail Dive in an email. “Target and Costco have less of a reputation for cannibalizing suppliers.”

The top-spending retailers on Snapchat