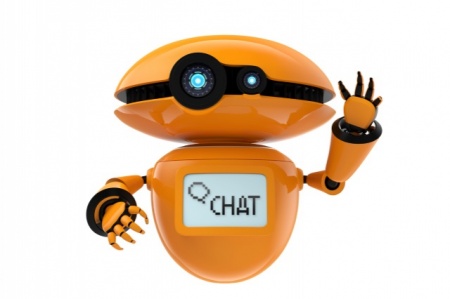 Chat bots are the new black, sweeping all before them in an increasingly connected and online world. And as e-commerce consumers become more comfortable interacting with machines online, chat bots will inevitably continue to dominate the online landscape.

Chat bots, and the artificial intelligence technology that enables them, are on the rise and constantly evolving. While most chat bot tasks are relatively elementary for now, that is unlikely to be the case for long. Some independent research maintains that by the end of 2017, only about one-third of all customer-service queries will require the attention of human representatives.

Social media environments like Facebook are keen to encourage developers to produce chat bots, and advanced related technology, that work within their platforms. And as messaging platforms open up, essentially chasing a greater user base, chat-bot-creation tools are becoming both more prevalent and easier to use.

Facebook is certainly at the vanguard of the chat bot revolution. Control of a messaging platform can lead to big money in the future.

In the past year, Facebook opened up its Messenger platform–with its more than 1 billion monthly active users and Facebook’s 1.79 billion MAUs–to third-party chat bots.

Facebook is not alone in recognizing a marketplace potential for chat bot technology. The business-oriented applications for chat bots are extensive–everything from e-commerce queries to customer service to call centers. But why are chat bots gaining so much attention?

Technology is in a state of continuous flux. And while some technology trends can be fleeting and easily forgotten, some take hold and are destined to dominate the industry for years to come.

Social messaging is one such pervasive trend. It is widely believed that overall, people now spend more time in social messaging than in social media. That is especially true for the younger millennial generation, with their all-important disposable income.

In another sense, then, the increased interest in chat bots also reflects a cultural shift toward social messaging. Just as users have migrated towards SMS and messaging apps as their communications medium of choice, so they have embraced that same familiar interface for chat bots.

And as they spend more time within that social messenger environment, they are increasingly reluctant to download and open additional applications in order to accomplish basic tasks. As a result, they are receptive to an interactive service that resides within their chosen messenger app.

For most companies not selling a product, the most effective use of chat bots is for customer service. Timely and efficient customer service can be the difference between success and failure for companies, especially those in highly competitive markets. Indeed, chat bots seem to be a technology made for customers.

As platforms expand and tools become more accessible and easier to use, the likelihood is that companies will be making their own bots in the near future, certainly within a couple of years. And as social messaging continues to explode in popularity, bots will become ever more pervasive in day-to-day company-to-customer and online communications.