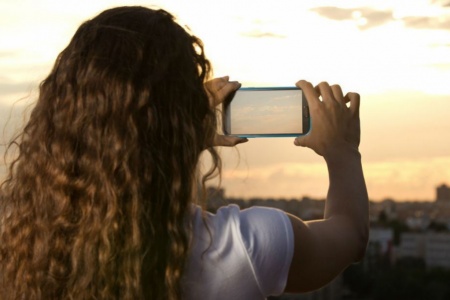 Eighteen months ago, New York department store Macy’s launched a new iOS app with a rather cunning feature. It offered the facility for users to upload a picture—maybe of that lovely coat they saw someone wearing on the subway—which the app then matches with the nearest similar product offered by the store.

This is significant for much more than just the fashionistas of Manhattan. The Macy’s app is a great commercial example of the applications of a specialised artificial intelligence technology that is growing exponentially: image recognition, or computer vision.

With the increasing sophistication of technology, it’s no coincidence that image recognition is now a booming sector of its own. The computer vision technology market is expected to reach over $33 billion by the end of the decade.

Macy’s might be one of the biggest brands to have brought an image recognition-enabled service to market, but it’s not the only fascinating application of the technology. Panasonic is developing a refrigerator that can alert users when food goes off, while blind people can benefit from a wearable camera that identifies objects.

It is also in the early stages of offering some genuinely transformative opportunities in digital marketing, having enabled a whole new type of advertising—the in-image ad.

Sophisticated image recognition software can serve ads with relevant editorial images. For example, by detecting a picture on a news site of a clean-shaven man and serving an ad within it for a razor product. Or it could identify an image of a woman with very white teeth and then serve an ad for a toothpaste brand.

For publishers, this development can open up the chance to turn editorial images into a revenue stream, without having to alter the pictures themselves. For marketers, the potential is access to an ad inventory that is both new and highly engaging to users.

But look further across the Internet, and there are possibilities for marketers that could be even more effective in reaching the right consumers in an influential way.

In recent years, the online world has been growing more and more image-centric. Social media, in particular, is becoming saturated with pictures .

In fact, close to a staggering two billion images are uploaded across the Internetnow, each day. The rise of picture-sharing sites such as Instagram and Pinterest has been a big contributor to this, as has the proliferation of smartphone cameras, which make it easy to take good-quality photos and quickly publish them.

These visual exchanges could be dynamite for marketers to track and potentially contribute to in an ethical manner. But, until now, it wasn’t even possible to start work in this area because traditional social listening tools can only pick up text.

Image recognition technology could transform this by monitoring and recognising tens of millions of relevant images across the Web in real time. This could release a powerful new channel for connecting brands with audiences.

Within just a few years, the use of image recognition technology could become as widespread as contextual advertising, helping to entirely transform the landscape of digital advertising.

It's showtime for Shake Shack at Mall of America